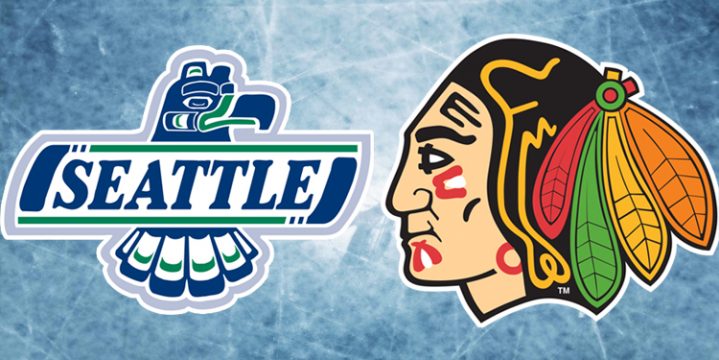 For a brief, shining moment last week the Winterhawks were the best WHL team in the U.S. on paper as well as in theory. That ship sailed with back-to-back away game losses in Tri-City and Seattle, and though the regular season ended on a solid home victory against the Americans the division lead was lost just as quickly as it was gained.

There’s been little time to dwell on that, however, since the first round of the playoffs has been slated against Seattle. Portland gets the home ice advantage for games 1 and 2, and in order to take full advantage they cannot merely exchange scoring chances with the Thunderbirds for sixty minutes; the Hawks offensive lines are going to have to play two-way hockey in order to snuff this first foe and move on to the real challenges.

[quote align=’right’]The major difference between the two teams and their style of coaching is in the diversity of their lineups.[/quote]On the other side of the ice, Seattle is missing their best scorer, Keegan Kolesar, due to a broken arm and are hoping that scoring chances come from their main advantage: the ability to intimidate Portland’s somewhat meek defense. Any fan of either team is aware of the thuggish physical game Seattle tries to play, particularly with previously discussed goon Evan Wardley and offensive hack-and-slash artists Calvin Spencer and Nolan Volcan. Hopefully Coach Kompon will prioritize with some D-men that have proven effective, such as Adam Henry and Alex Texeira.

The major difference between the two teams and their style of coaching is in the diversity of their lineups. Kompon happens to have league leaders in Oliver Bjorkstrand and Nic Petan, along with seasoned producers Paul Bittner and Chase De Leo. His chief offensive strategy in the latter half of the season has been to have any combination of these four on the ice at all times. Consequently, Seattle’s coach Steve Konowalchuk is focused completely on fighting the momentum of two particular players at any given time rather than a constantly-shifting nine to twelve forwards.

Konowalchuk’s offense is quite different. He mixes in his less experienced forwards and makes many more line changes in the process. This strategy works in part because of the balance in ability between Thunderbird starters and benchwarmers, however. If Kompon were to adopt this strategy it may end in Winterhawks heartbreak, but it still wouldn’t hurt to throw some defensive-minded young forwards into the mix. In particular, Skylar McKenzie’s scrappy demeanor would be hard to contain if paired with a steady playmaker like Petan or Bittner.

Ultimately, Kompon will be unfairly scrutinized by fans if he makes any major changes at this point. And it isn’t necessarily his fault when his legitimate strategies fail (giving Adin Hill a night of rest and testing Evan Johnson in-goal comes to mind). But the time for experimentation has passed. The playoffs are not a time to confuse the opposition, but to clash harder than they can handle. And that falls to the defensive pairs, the forecheck, and the power play.

The Winterhawks can definitely beat Seattle, especially on Portland ice. But can they keep momentum once they have it? That remains to be seen this year, and it’s what really counts now that the brackets are set.