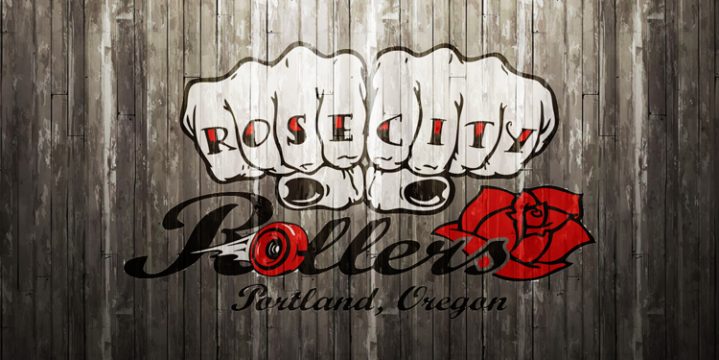 There was plenty of action with the Rose City Rollers in the past two weeks, with new skaters joining home teams via draft, a Saturday night faceoff between teams featuring some of that fresh blood, and the culmination of the junior home season.

March 14: New & Familiar Faces in Draft
About four times a year, eligible skaters from the Fresh Meat pool can be drafted to the Rose City home teams. The teams take as many skaters as they want or need, up to a maximum of 20 for each roster. These drafts occur throughout the year, to replace skaters who retire, move, or get injured. Draft order is based on team rank at the time of the draft—the 4th ranked team picks first, and so on:

The draft isn’t the only way for a team to get new skaters, though. There’s also free agency (which is rare) and an “immediate draft” policy for returning skaters who are ready to return without re-entering the Fresh Meat training program. Immediate drafting uses up a team’s first draft selection next time, and the skater is eligible for a bout roster 30 days after they’re drafted.

GNR welcomed back two former teammates to the jungle: Blood Clottia, through the regular draft process, and Awnry O’Hulligan through immediate draft.

Saturday March 21: Heartless Heathers 236, Guns N Rollers 165
The Guns N Rollers have struggled to find their footing this season, entering this game with a 0-3 record and new skaters with little time to integrate. On the other side, the Heartless Heathers entered their final game of the home season with a 3-2 record, with an eye on gaining momentum for a championship push.

GNR used all of their eligible new skaters in this game, with Rayna Rage making her jamming debut. Longtime fans watched Blood Clottia, a former Wheels of Justice skater, hold down some strong defensive walls for the women in black and pink.

With a halftime score of 132-62 is anything but insurmountable, but the Heathers tightened the screws in the second half to increase their lead. The Heathers showed their trademark focus and precision in this win. This team might get scattered physically and lose a few points, but they keep it together mentally to correct quickly to stem the (heartless) bleeding.

The Heartless Heathers stay in second place at 4-2, with their only losses of the season coming at the skates of the undefeated High Rollers. GNR falls to 0-4, but with some bright spots to improve upon.

The next home game for the Rose City Rollers season will be the undefeated High Rollers taking on the 2014 champion Break Neck Betties on Wednesday 3/25.

The third place game went down to the wire, but the Little Red Riveters bested the Undead Avengers 198-177.

Congratulations to the Rosebuds for a fantastic, fun, and fearless season. If you’ve never seen junior roller derby, you owe it to yourself to check out the Rosebuds All Stars take on the Lilac City Pixies from Spokane on April 26.