October 31, 2014 by Graham Kendrick No Comments 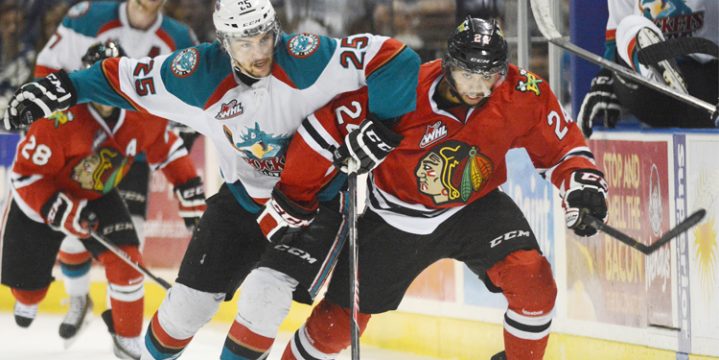 The Portland Winterhawks fell 5-0 to the Kelowna Rockets Thursday at Veterans Memorial Coliseum.

The Rockets struck first on a goal by Rourke Chartier 51 seconds into the game, then made it 2-0 at the 13:17 mark on a goal by Justin Kirkland, which remained the score going into the second.

Kelowna scored the lone goal of the second at the 15:41 mark from Cole Linaker to take a 3-0 lead into the third.

The visitors extended their advantage to 4-0 when Tyson Baillie scored at the 4:09 mark of the third to make it 4-0, then made it 5-0 at the 11:18 mark on Chartier’s second of the game, which remained as the final.