February 4, 2015 by Jake Donahue No Comments 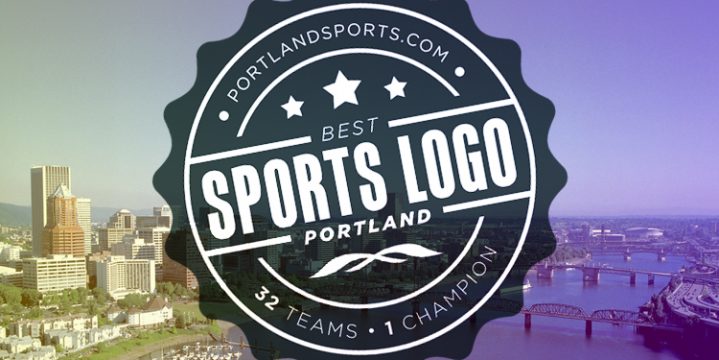 The top eight teams have advanced to Round 3 in the bracket for Portland’s best sports logo.

A wild second round saw three major upsets and two top seeds get eliminated. After almost 60,000 votes over the past week, the field of 16 has been cut to eight. 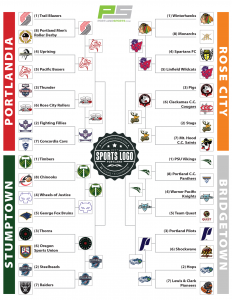 The Trailblazers, the tournament’s overall No. 1 seed, were shocked by Pacific University. The 5th-seeded Boxers leveraged a week-long social media campaign en route to an 868-vote margin of victory in the Portlandia bracket. In the same bracket, the lowest seeded team to advance from Round 1 continued their winning ways, as No. 6 Rose City Rollers knocked off the No. 2 Fighting Fillies by 776 votes.

Meanwhile, in the Rose City bracket, another No. 1 seed fell. Like the Blazers, the Winterhawks also lost to a local college as the 5th-seeded Linfield Wildcats clawed over the Hawks by 417 votes.

The Stags, Portland’s professional ultimate Frisbee team, received the most votes in Round 2. Backed by the social media support of their national organization, the Rose City bracket’s No. 2 Stags racked up more than 11,000 votes in a somewhat close battle with the No. 3 Pigs. While the Pigs lost, they easily secured the round’s second most votes with 10,506, losing to the Stags by just 1.9 percent.

You can vote ONCE PER DAY during the contest. So if you think your favorite team should win the coveted honor of PORTLAND’S BEST SPORTS LOGO, share this link with family and friends. We’ll keep you updated on Facebook, Twitter, Instagram as well as this site. So follow along as we crown a champion.

The final eight teams will face off for another week. Voting for Round 3 runs through 11:59 p.m. Tuesday, Feb. 10. The Final Four will begin the next day and run until the 17th, followed by the Championship beginning on the 18th. The winner will be announced on the 25th.