Rookie of the Year: The Only “Roy” this Town Seems to Remember 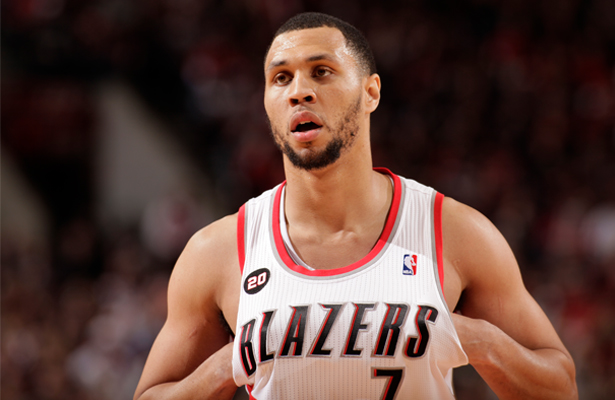 You may remember him as the player most responsible for resurrecting the Portland Trail Blazer franchise, but you likely forgot amidst this season’s first-half success who he really was, and what he really meant to the team this city truly calls its own.

They say absence makes the heart grow fonder, but following Damian Lillard’s Rookie of the Year campaign, LaMarcus Aldridge’s current MVP-type campaign, and the Blazers premature rise towards the top of the Western Conference standings, “fonder” is not how I’d describe Blazer fans’ memories of a player they’ll forever be indebted to.

It wasn’t that long ago that this city lived and breathed under the blanket of comfort Brandon Roy provided. He was averaging 20+ points per night, had become a perennial all-star, and his clutch performances late in games offered fans of the team hope, when little seemed alive. He was a leader, played the game in the manner which it was intended, and put-to-bed any concerns of bar fights, drug busts, dog-fighting cartels, or any other off-the-court matters previously seen in and around the Rose City in the not-so-far-gone past. He was a pro’s pro, and the type of person even Charles Barkley would consider a proper role model. But gone are the days of last second shots and 52-point performances, and Roy seems more like a distant memory than the franchise hero he was, as recent as one year ago.

I get it, to a point. Since Roy’s departure, LaMarcus Aldridge has taken his game to a stratospheric new level. During the Roy/Nate McMillan regime, Aldridge was an afterthought in an “offense” built around a Roy isolation. He wasn’t the rebounder he is now, wasn’t the scorer he is now, and wasn’t the leader he’s become in the absence of the once great off-guard. He’s flourished under new coach Terry Stotts, and with the addition of budding superstar Damian Lillard, the Blazers have built a nucleus of players capable of winning games, and in doing so have appeared to move beyond an era stuck beneath a black cloud of cruelty (due to catastrophic injuries to Roy and Oden) this city would just as soon forget.

And Roy may be a casualty of that need to move on.

For good seasons, Brandon Roy was the shot-in-the-arm this city so desperately needed, but unfortunately for him and everyone around him, the good he brought to the table was overshadowed by the decimation that came in his wake. From the catastrophic Oden experience, to Roy’s lingering knee injuries, and ultimately the career ender that left Brandon and the city of Portland shell-shocked, it took a memorable time, and left it best forgotten … at least for now.

Brandon Roy was a great player forced to leave before his time. In his relatively short stint as the “Ambassador of Rip City,” the Washington native became to his generation of fans, what Blazermaniacs had before. Early fans had Walton, Lucas, and Petrie. Later they had Drexler, Porter, and Williams. Now they’ve got Aldridge, Lillard, and a bevy of role players poised to leave a mark in a city that lives and breathes Blazers basketball. But Roy has become an afterthought in the midst of a dawning new day, and while uplifting to see the trajectory of a franchise on the rise, it’s equally depressing to know the player responsible for its conception, isn’t along for the ride.