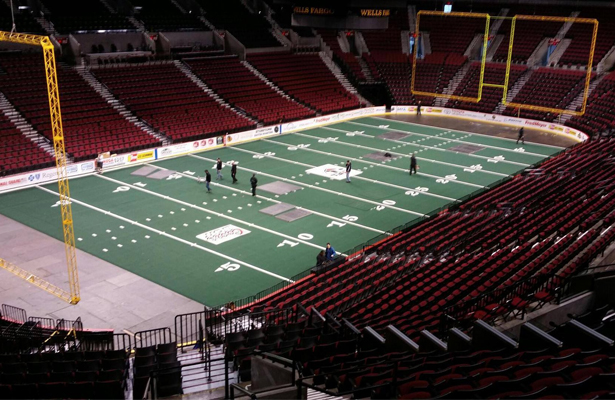 This is the fourth installment of our series “Introducing Portland’s Sports Teams,” where we introduce you to every professional, semi-professional and college sports program in Portland.

Who are the Portland Thunder?

The Portland Thunder were announced in October 2013 as an expansion team in the 14-member Arena Football League. They open their season at home on March 17 and will play in the Moda Center. Owner Terry Emmert also owns the Portland Chinooks of the International Basketball Association. 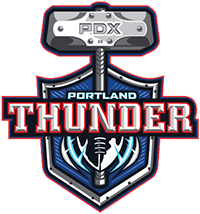 The Portland Thunder are Stumptown’s newest professional sports team. In fact, their logo was just unveiled at the beginning of January and they still don’t have an official website.

But the team has already won many fans with the signing of local, familiar faces. Possibly their biggest move was landing former Oregon Ducks quarterback Darron Thomas. Their head coach, Matthew Sauk, also comes to Portland with an impressive and offensive-minded resume.

This isn’t the first Portland arena football team. From 1997 to 199, the Portland Forest Dragons also played in the AFL before being relocated to Oklahoma City. But according to Sauk, it was a different league and a different model back in 1999.

“I think that with today’s model and with Terry (Emmert) as our owner, we will have the success that team wanted in 1999,” Sauk told PortlandSports.com in October.

The Thunder have yet to play a game – let alone hold a single practice – but they outsold all other AFL teams in season ticket sales for the month of December. Their team name was decided after holding an online contest where the community submitted ideas and then voted on the finalists.

Arena football is a faster-paced, higher-scoring version of the most popular sport in America. It’s played indoors on a much smaller field, with sidewalls that players can bounce off like hockey.

Rookie of the Year: The Only “Roy” this Town Seems to Remember