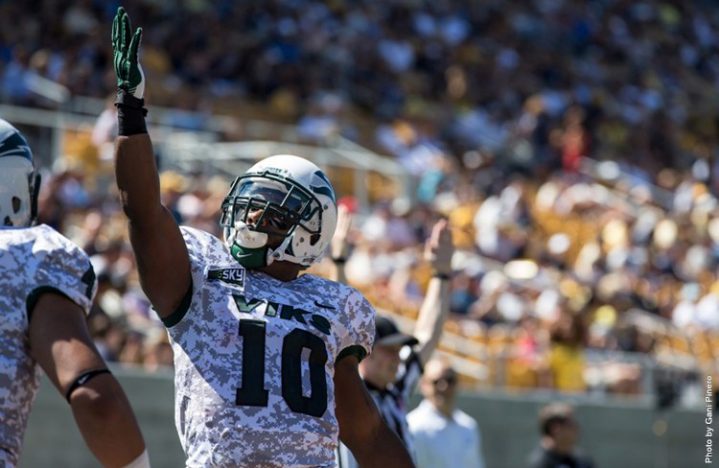 It’s still a small sample size but facts are facts, and the fact is the Portland State Vikings’ offense leads the nation in productivity.

After two games against NAIA Eastern Oregon and Pac-12 California, Portland State is averaging 612.5 yards per game to lead all teams at the NCAA I Football Championship Subdivision level.

Under the direction of sophomore quarterback Kieran McDonagh, the Vikings have shown a balanced attack, and put a huge scare into Pac-12 Cal in a 37-30 loss on Saturday. PSU totaled 553 yards in that game with McDonagh accounting for 368 of his own (career-high 308 yards passing with a touchdown and 60 rushing with a touchdown).

Through two games, McDonagh has completed 20-39 passes for 478 yards, three touchdowns and one interception.

Overall, PSU averages 287.5 yards passing to go with the Big Sky Conference-leading 325.0 on the ground.

Senior running back DJ Adams has been excellent through two games with 246 rushing yards and five touchdowns. He ranks seventh in the nation in rushing, third in scoring. Among Big Sky runners, the 5-10, 210-pound Adams is second in rushing and first in scoring.

Fantasy Scrambler: What We Learned From a Wild Week One