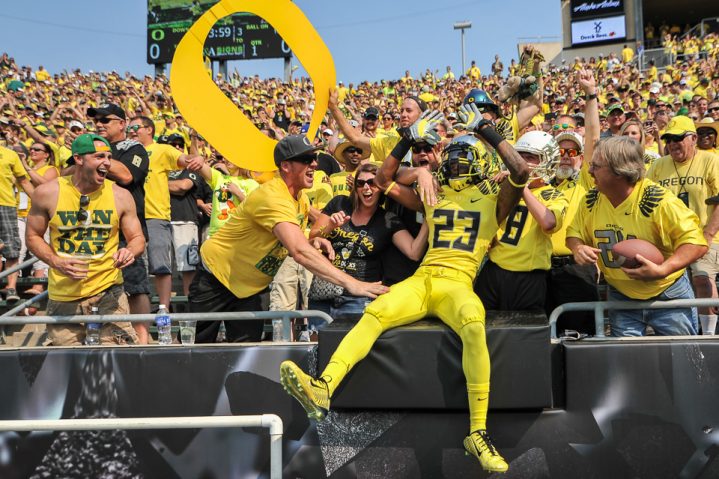 I first saw Kevin Cline’s photos on Instagram. As I was trouncing through the photo app earlier this week, I stumbled upon his recently created account. All 10 of his pics were from the Ducks’ last two football games. But they weren’t your typical tailgating jello shots or student-section selfies.

No, these pics were good. Really good.

I figured this was some fan-boy ripping off a professional, so I clicked to his website and checked him out. Low and behold, he’s a real photographer spending his Saturdays on the sidelines of Autzen.

His portfolio is full of stunning images from the past few seasons of Duck football, basketball and baseball. What’s more, he’s not even hired by the University or any local media outlets. He’s got a buddy with a blog that he sends his stuff to.

Originally from SoCal, Cline moved to the Rose City after just a few trips with his buddy three years ago. He pursued a degree in architecture back home, as well as Northern Colorado, but left school early to focus on other things. Though he only took one photography class, he dove into books, magazines, websites and anything he could to learn more.

“I began following other photographers I looked up to,” he says. “I would look at their work and see what made them stand out and how they went about capturing the images they did. The more I did this, the more I started developing my own style.”

We caught up with Cline yesterday to see how he landed on the sidelines of Autzen Stadium. You can see some of our favorite photos from him down below.

My best friend from high school moved up to Portland. Every time I came up, I loved it more and more. Being a photographer, who at the time was shooting mostly landscapes, I knew Oregon would be an awesome place to be.

How did you land a gig to shoot the Oregon Ducks?

The same friend from high school had another friend that was co-owner of a local website dedicated to covering Oregon athletics (mostly football). It was perfect timing. They had JUST got credentialed by University as “media” and would be able to obtain press passes from Oregon.

At the time, they did not have a photographer and were just using photos from other sites that they had an agreement with. After showing them some of the work I had done shooing football, we both decided it would be a good match – they needed a photographer and I was looking to expand my sports photography.

Has the jump from landscapes to sports been difficult?

I think my background in art has helped my sports photography, as well. I tend to see thing from a different angle than others. Yes, I like to get the action shots that you see from most photographers and those shots are needed, but I am also always looking for the shot nobody else is getting. I like to put myself in places no other photographer is at and get something they didn’t see.

An example is last season’s home opener. The Ducks were playing Nichols St. and were going to wearing their all-white uniforms. This was the first time they had worn this combo for a home game. Before the team entered the field, I went back to the entrance of the tunnel where they first walk out from the locker room. All of the other photographers were down on the field ready for them to run out before kickoff. Being the only photographer in that spot, and this being the first time they wore all white at home, I was able to make a photo that doesn’t exist anywhere else. I later discovered that the University sent out a letter stating that we can’t take photos from inside the tunnel, but I already had the shot!

You’ve shot multiple sports for the Ducks. Which is your favorite?

Definitely football. There is so much going on, both on and off the field, that is makes it really fun to photograph. The games themselves, the passion of the fans, the colors, it all comes together and I love it!

I also like photographing motorsports, particularly super bikes. I would love to go photograph a season of MotoGP. I enjoy baseball, but I think it would be really cool to be a team photographer for a MLB team. With such a long season, you have to find interesting things to shoot other than just game action every night. Again, that’s one thing I really enjoy about being a sports photographer…seeing things and being in places the casual fan doesn’t get to be or see.

The first season I covered the Ducks, I was in Seattle for the Washington State game at Centurylink field. I had been once before to see the Seahawks, but this time I was able to see the stadium like most don’t – from the press box to the photo room underneath the stadium and the tunnel coming from the locker room to the field. Same thing when I went home to LA and shot the Oregon/USC shootout two years ago at the Coliseum.

There are some that make for better images. De’Anthony Thomas was always fun to shoot, as he was always making spectacular plays. He was also fun because he would come out early and have a pre-game tradition of running a lap around the entire field before he got fully dressed in his uniform. Most if the time he’d be wearing big headphones or hood covering his head…which all make for great photos.

Marcus Mariota is great to photograph just because I know I am shooting a “special” athlete who will go down as one of Oregon’s best, if not the best. Arsalan Kazemi was another that was fun to shoot when he played for the Oregon basketball team for some of the facial expressions he would make while fighting for rebounds under the basket.

It’s not always the actual play that make it a good photo. I am always interested in any of the key players from the visiting teams. This is because it will probably be the only time I get a chance to photograph them so I try to make the best of it. The athlete I like to shoot the most is the one that will give me the most interesting, unique or captivating photo!

What’s next for you?

My goal as a sports photographer is to keep improving with every game. This is what I want to be doing full-time, so I am always still trying to learn more. As I said before, I started my photography shooting more landscapes and nature type photos; which I still love and do whenever I have the chance.

I got into sports photography because it only seemed natural. I have always LOVED sports and I figured if I could combine both sports and photography…it would be awesome. 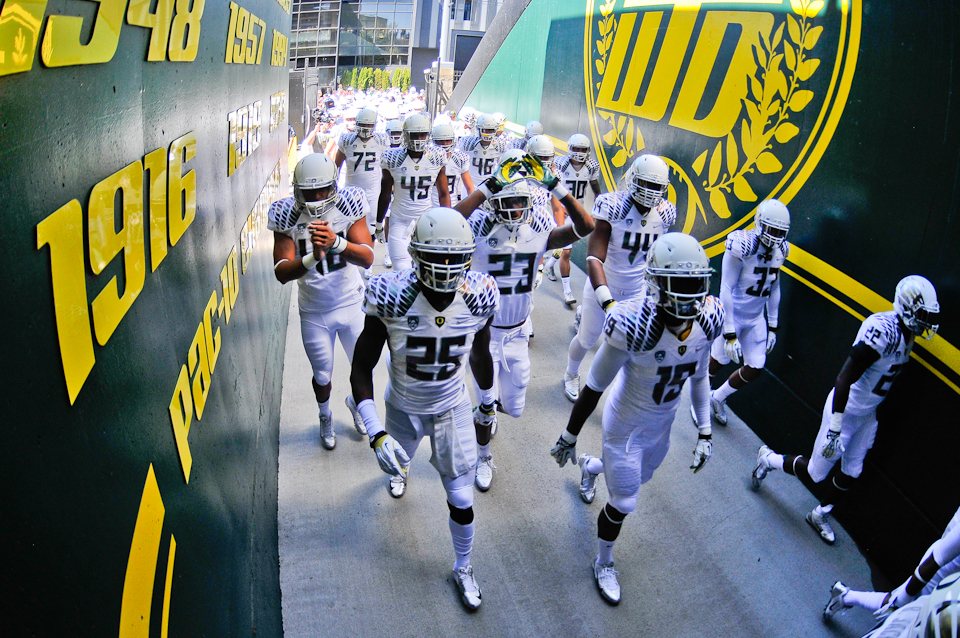 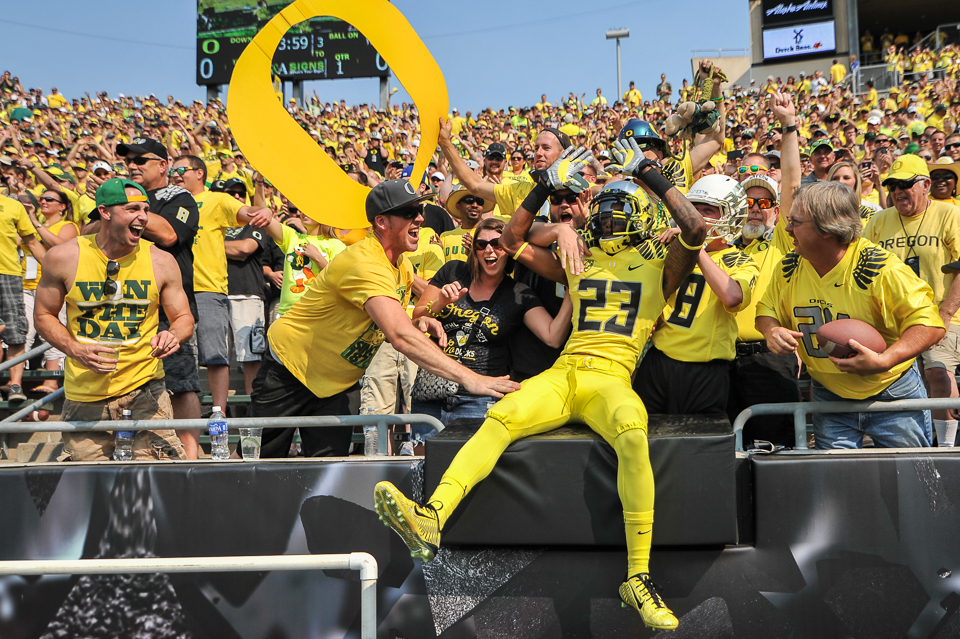 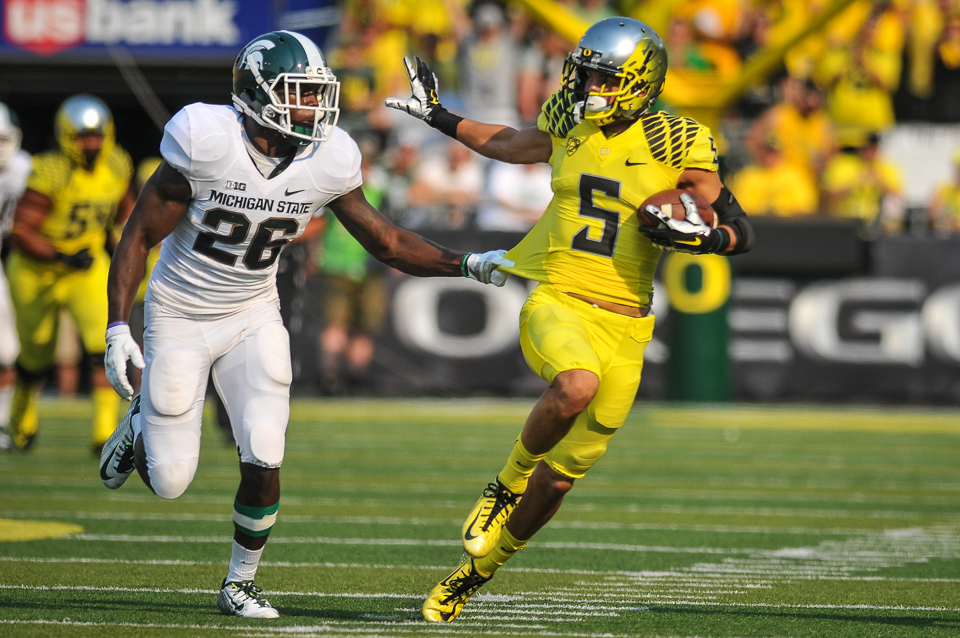 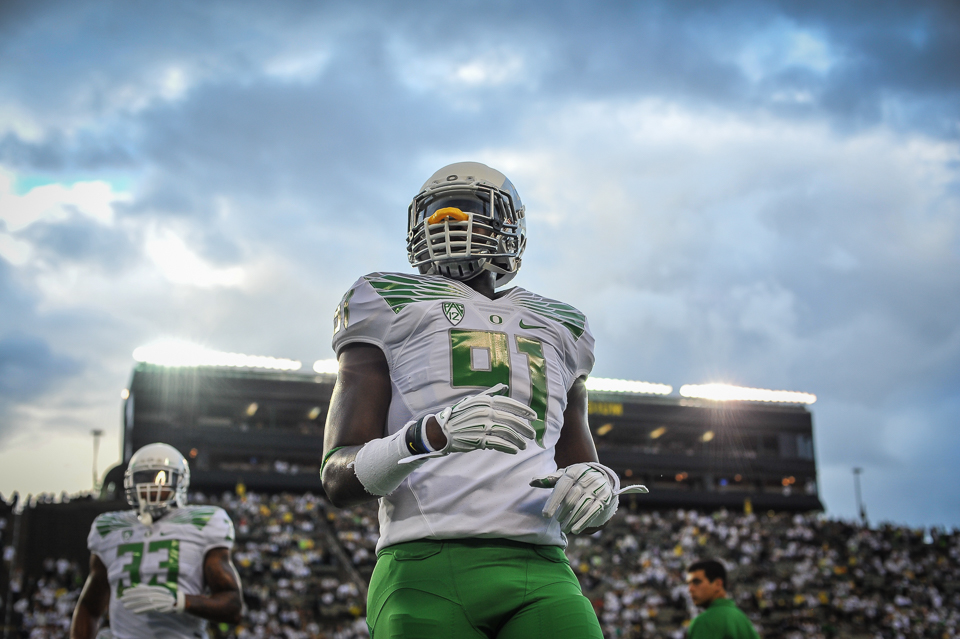 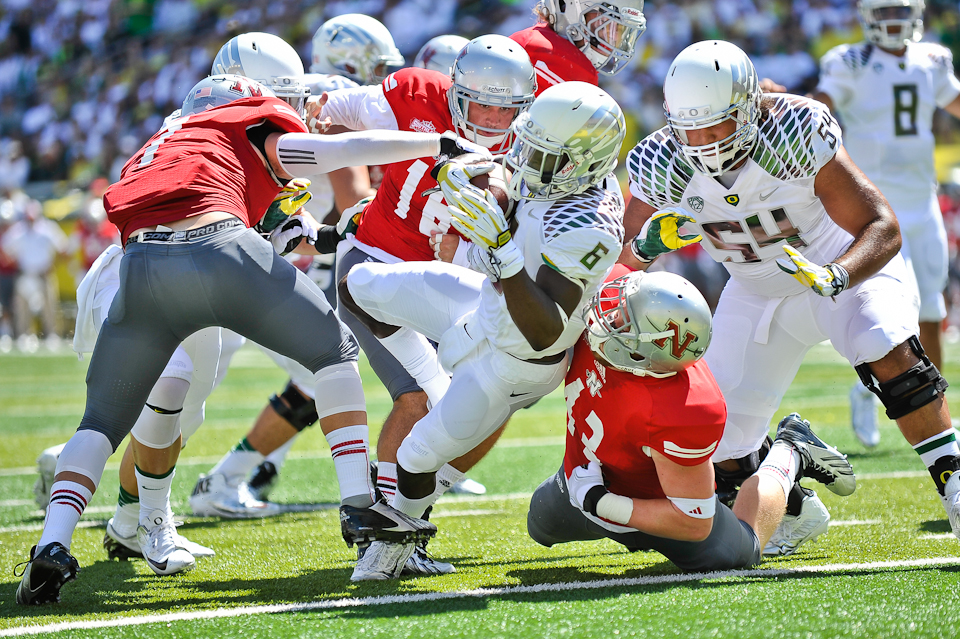 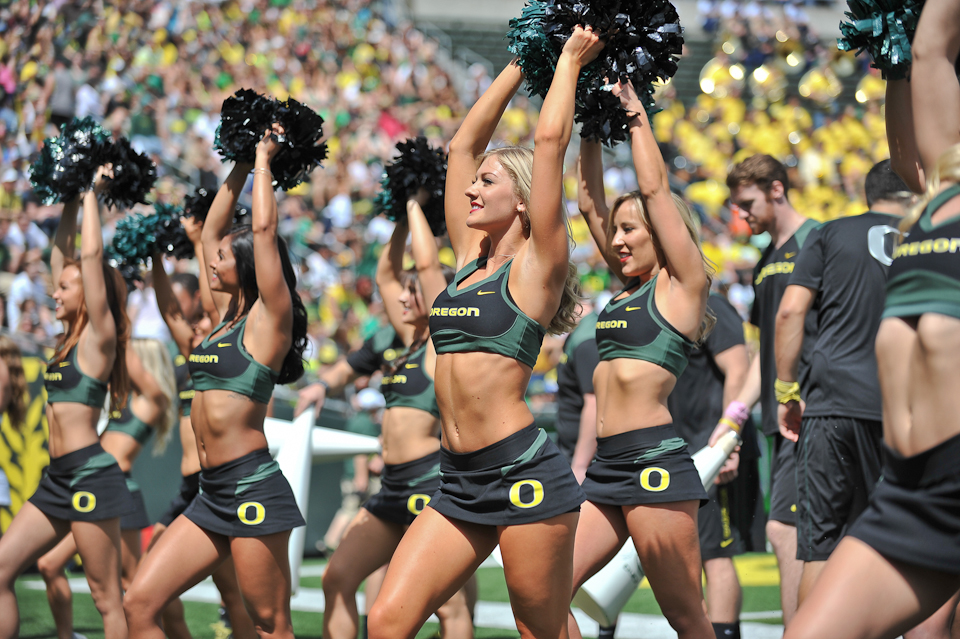