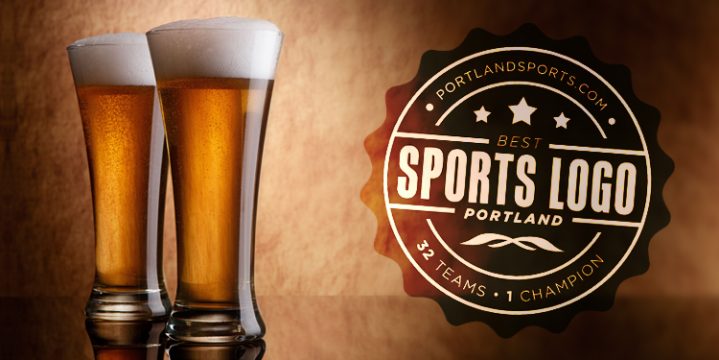 The mayors of Portland and Forest Grove just got involved with the battle for Portland’s Best Sports Logo.

Pacific University, located just outside Portland in Forest Grove, is facing the Portland Stags (Major League Ultimate Frisbee) in the championship round of the contest.

Betting a six-pack of local beer on the Portland Stags to win it all, Portland Mayor Charlie Hales has challenged Pete Truax, mayor of Forest Grove. Truax wagered a bottle of local pinot noir and took it a step further in his support for Pacific University, raising Hales a bottle of saké.

Their friendly wager was setup by the News-Tribune of Forest Grove, who’s rooting for their hometown Pacific University Boxers. The Portland Tribune, their sister newspaper, is looking to push the Stags ahead as the competition comes to a close.

Per the Pamplin Media Group:

After a month of online voting, the Pacific University Boxers hold a healthy lead over the Portland Stags in the battle for “Portland’s Best Sports Logo.” But Portland Mayor Charlie Hales is not giving up on his hometown team, putting up a six-pack of craft Portland craft beer in a bet with Pete Truax, mayor of Forest Grove, where the Boxers reside.

“As a former Portland Parks Commissioner, how can I not back the mighty Stags? Ultimate Frisbee is fast-paced. It’s growing in popularity. And there’s no rule that says you can’t wear a beard — how much more Portland could it be,” Hales said Monday.

Truax, a Boxer alum, met Hales’ bet with a bottle of local pinot noir and raised him a bottle of saké from SakéOne Brewery. We are waiting on Hale’s reply.

There is still time to vote for Portland’s Best Sports Logo. The contest ends at 11:59 p.m. Tuesday.