November 25, 2014 by Mercy Strongheart No Comments 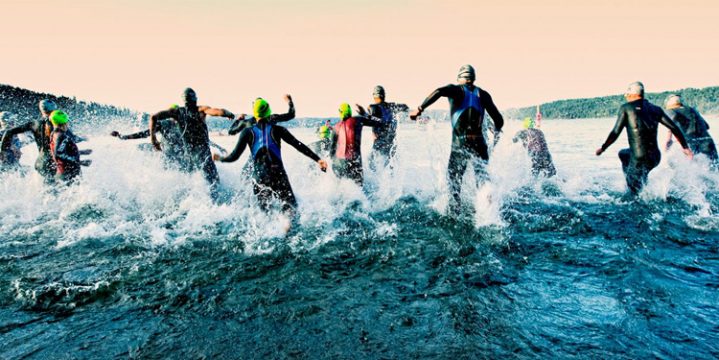 For most people, being carried to a medical tent to get an IV in their arm would be enough to teach them that they need to train before running a marathon. But Michael Snyder is a bit on the stubborn side. It took much more than that before he wised up. Now he’s got some lessons for the rest of us. I met with Snyder recently in a North Portland coffee shop to talk about these lessons, and how he came to learn them. 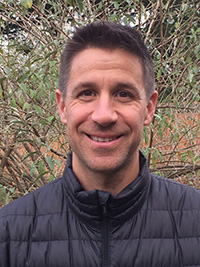 Snyder is what I call a reformed weekend warrior. He prefers the term “age grouper”, which refers to a triathlete who does not hold professional or elite status. This is mostly due to memories of the days when he was a true weekend warrior, and how far he’s come since. The very fit, 40-something, private investigator is currently training to run the Boston Marathon in April.

Snyder has always been into running. He remembers loving to run as a little kid, and running track through middle school and high school. He is impulsive when it comes to exercise. In college, he used to get on his bike and ride from Eugene to Gresham on a whim, or suddenly decide to bike to the coast. Snyder stopped running in college, which is when his love of sweets and baking caught up with him. He was about to buy a size 40 pair of jeans when he decided to up his exercise instead.

The next fall he ran the Portland Marathon, his first. “People say that you’ll either run one marathon, or twenty. You either hate it, or you’ll keep doing it forever.” Snyder loved it. He ran the Portland Marathon again the next year, and improved his time by an hour. He wasn’t training for these marathons, apart from his spontaneous long-distance bike rides. “I felt like I had a lot of pent-up energy to burn,” he says.

In 2004, he ran the Portland Marathon a third time, again without any training and with minimal weight loss. “If somebody had taken a picture of me going through the finish line, it was like death,” he said. Snyder ended up being taken to a medical tent and getting an IV because he was so dehydrated. For a week after that, his heart would suddenly start racing. He called his doctor, thinking he was having a heart attack. Instead, the physiological reaction to his extreme dehydration during the Marathon was causing panic attacks.

A year after the IV incident, Snyder ran the Seattle Marathon with minimal training. A friend called him soon after and suggested he register for a 2006 Ironman Triathlon, that minute. Of course, he registered. (An Ironman event consists of a 2.4 mile swim, a 112 mile bicycle ride, and a marathon 26.2 mile run. These are to be completed in order within 17 hours.) He didn’t know how to swim, and he had less than a year to prepare. Snyder began taking beginner swim classes at the Portland YMCA three times a week.

The night before Ironman, the athletes gathered in a tent in Coeur d’Alene, Idaho. Snyder looked around at all the extremely fit, gorgeous people from all over the world, and almost got in his car to drive home. But his stubbornness got in the way. “All endurance sports are about 85% mental power,” he says. “Getting your ass out the door when you don’t want to do it.”

The next day, he lined up at the beach for the swim. He was terrified. The farthest he’d ever swam was a mile, and he was about to swim 2.4. The woman standing next to him looked at him and said, “I can’t wait until my self esteem is high enough so I can stop doing these events.” Then the gun went off and they jumped in the water. He made it across.

It was a hot day, in the high 90s. Afraid of dehydrating again, Snyder chewed salt tablets throughout the event. Partway through the bike ride he pulled over to a tent for a rest because he knew he was overheating. After the 112 mile ride, he began the 26.2 mile run, a full marathon. Right away he noticed his foot was hurting. Unaware that a huge blister had formed on his foot during the bike ride, he continued to run through the pain.

[quote align=’right’]Snyder looked around at all the extremely fit, gorgeous people from all over the world, and almost got in his car to drive home. But his stubbornness got in the way. “All endurance sports are about 85% mental power,” he says. “Getting your ass out the door when you don’t want to do it.”[/quote]The last half mile of the Ironman was great. A crowd of spectators stood on either side of the path, leaving enough room for runners to pass single file. People were cheering, banging cow bells, and slapping Snyder on the back. He finished, then went into the medical tent to have his foot looked at. The skin on the bottom of his foot was completely gone. Snyder stared at the exposed muscles of his foot and knew that his weekend warrior days were over.

He was unable to exercise for an entire year while his foot healed. He took several more years off. Then one day, a few years ago, he decided to spontaneously go for a run. He ran 17 miles. It felt so good that he decided to get really serious about running. He began to follow a training schedule for the first time, and stopped eating sugar (Snyder refers to not eating sugar as a “starvation diet”). He began losing weight, which made him faster.

Snyder has run several marathons since Ironman, training diligently for each. Last November, he ran the New York City marathon and finished in 3 hours, 9 minutes, which allowed him to qualify for the Boston Marathon. (The Boston Marathon is the world’s oldest annual marathon, and its standards make it quite an achievement for runners who qualify.) He’s planning to run it in April, 2015.

In addition to running, Snyder took up mountain climbing. He climbs nearby peaks like Mt. Hood and Mt. Adams. He uses training programs from a book called Advanced Marathon Training by Peter Pfitzinger, running 5 to 6 days a week. He works with a sports massage therapist, and sleeps in funny socks to keep his calf muscles from cramping while he runs. He will now sometimes stop if he is in pain, although he has to battle his obsessive tendency to finish at any cost.

For athletes who are still pushing themselves too hard without proper training, Snyder offers these words of advice. “Listen to your body. If you’re hurting, stop. Before you do something, know the risks involved, and know what you are getting into. Be conditioned. Learn from your mistakes. Also, accept who you are. If you’re agro, obsessive, whatever.”

He finishes his pastry and heads home for some time with his family before a good night’s sleep, so he can get up at 5 the next morning for a long, preplanned run.