Inside The Nike Hoop Summit: Batum Still Growing In NBA Thanks To Hoop Summit 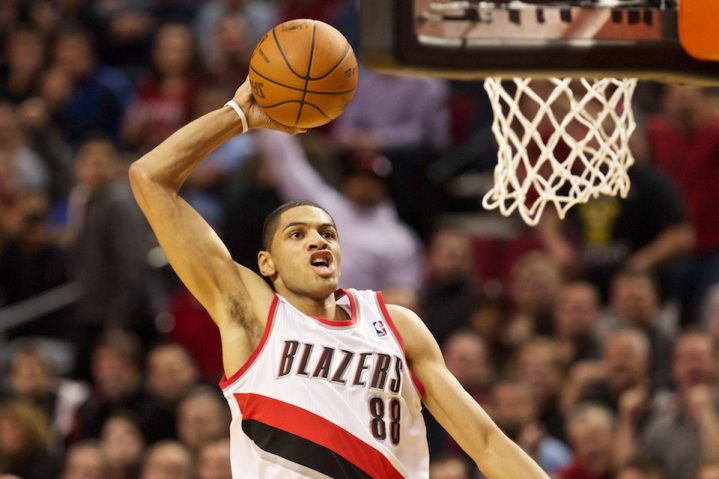 Don’t be surprised if Nicolas Batum gets a little sentimental each time the Nike Hoop Summit rolls around.  It has been 10 years since Batum showcased his all-around game to the NBA at the 2007 Hoop Summit, eventually paving the way from France to the Portland Trail Blazers.

Even back then, Batum’s game was already loud. He scored 23 points while hitting 9-of-13 shots including 3-of-5 three-pointers in that 2007 game, which was won by the USA Junior Select Team 100-80. The lanky 18-year old also added 4 rebounds, an assist and four steals in his 28 minutes of action that also gave us a brief glimpse into the versatile talent he could become. Thanks to that showing, NBA scouts, general managers and front office types in attendance confirmed the kid from Lisieux in Normandy in northwestern France was in fact a player that not only stood out but also made the guys around him better.

The way he glided across the court with and without the ball.

The way he flew gracefully before viscously throwing down dunks. The way he played with energy and passion and love.

Batum was a known commodity by then to international basketball fans, having won the 2006 Albert Schweitzer Tournament in Germany with the French national team. He even collected the MVP trophy in Mannheim.

Batum was the leading scorer in the 2007 Nike Hoop Summit, which included future NBA internationals Omri Casspi of Israel, French compatriot Alexis Ajinca and Solomon Alabi of Nigeria. The USA team featured future NBA MVP Derrick Rose as well as OJ Mayo, Jerryd Bayless, Kevin Love and Michael Beasley among others. Batum would use the Nike Hoop Summit experience – and his exposure against the best players in the United States – and return to Europe and become a leader for the French club Le Mans, including in the EuroLeague despite being just 19 years old.

Just over a year after his Nike Hoop Summit showcase, Batum was selected in the first round of the 2008 NBA Draft by the Houston Rockets with the 25th pick and traded to the Portland TrailBlazers for the rights to Darrell Arthur and Joey Dorsey.

Batum started his rookie season with Portland and was averaging double digits in scoring by his second season in the NBA. He became one of the leaders with the TrailBlazers while also having success with the French senior national team – winning the title at EuroBasket 2013, finishing second at EuroBasket 2011 and claiming bronze at EuroBasket 2015. Batum also played at the 2012 and 2016 Olympics and the 2010 and 2014 FIBA Basketball World Cups – grabbing the bronze at the 2014 World Cup. Batum also got to see a number of fellow Frenchmen come through Portland for the Nike Hoop Summit, including Kevin Seraphin in 2009, Evan Fournier in 2011, Livio Jean-Charles and Mouhammadou Jaiteh in 2013 and Damien Inglis in 2014.

That kid from France is still growing, even today in Charlotte.

Nic Batum may have moved on from the Blazers and blossomed this season putting together career highs and racking up triple-doubles, but a part of him still remains in Portland.