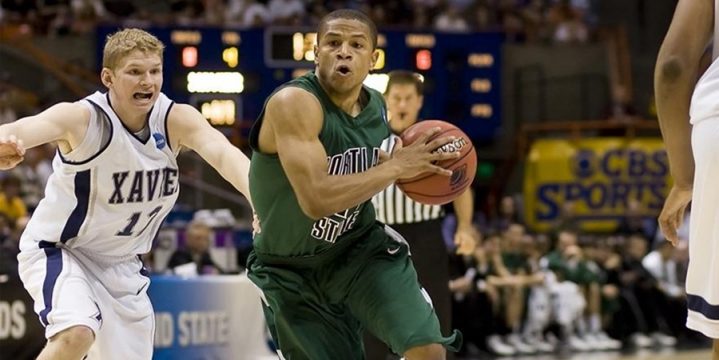 Sometimes the holidays just don’t have the same meaning as it used to for Dominic Waters.

The former Grant High star and Portland State University grad is not helping his family with Christmas tree hunting or hanging ornaments again this year, but instead it’s business as usual for the now six-year vet playing in Europe with the Italian club, Acqua Vitasnella Cantu.

“I’m used to it now. I don’t really celebrate the holidays much anymore. I’ve been over here for six years now so I really haven’t had a true [holiday] in years,” said Waters, who finished up his time with Portland State in 2010 before jumping to play professionally overseas.

Italy is the ninth European country in which Waters has played since starting his professional career —  France, Belgium, Slovenia, Israel, Spain, Germany, Greece, Russia and now Italy. He is more or less the definition of the “Have ball, will travel” adage.

“I’ve been very, very blessed to travel around the world and see this beautiful world. A lot of people don’t even get out of the Northwest, let alone travel across the world and see different cultures and how different people live and experience life at that level.”

The 2016-17 season is actually the fifth where Waters had to switch clubs during the year. And he actually only has one month left on his three-month deal with Cantu – with the deal having an option to extend until the end of the season. Waters has witnessed just about everything when it comes to reasons why players move.

It’s the nature of the business.

“There is so much turnover every year in this business. Each week, each month. It’s ridiculous,” added Waters, who was fond of his time playing in Israel in 2012-13.

“Israel is not what people think it is as far as the danger that people see in the news. It’s a very, very beautiful country, the people are very nice and welcoming.”

But if Waters had his choice, he would return to Greece. He wanted to go to his Greek club Aris Thessaloniki from last season but he says they just didn’t offer enough money. Over the course of his trek around Europe, Waters said he was kind of surprised that he hasn’t run across more guys from Portland or with a Portland connection. Along the way he did play against fellow ex-Grant stars Mike James and Mike Moser. But that’s really about it. Waters feels the game in Portland has dropped a bit.

“There are not a lot of guys, not a bulk of talent. Nobody is really going big time D1 out of state any more out of the city,” says Waters, who has a German girlfriend but still returns to Portland every summer.

“It kind of dried up after Terrance Ross, Terrance Jones and those types of guys going to big schools. We really haven’t had too many since them.”

When asked how long he would like to continue to pound the rock around Europe, Waters says another four or five years until he’s about 35 years old.

“I’m appreciative of my journey. Everybody has a different journey. The NBA isn’t for everybody. I’ve learned that,” Waters admitted.

“That wasn’t my path and I have learned to embrace my path and do the best that I can while I can.”