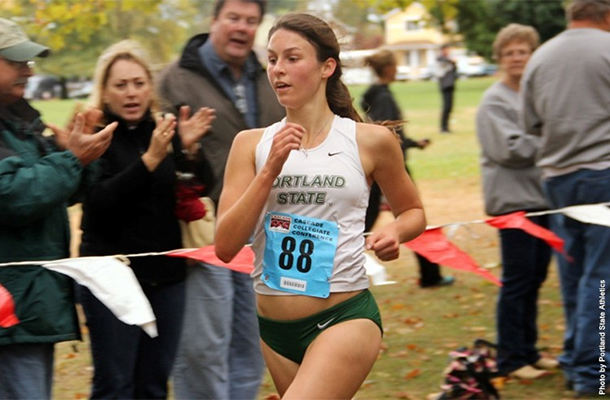 Olympians and American record holders Shalane Flanagan and Alan Webb have joined the Portland State cross country and track and field programs as volunteer assistant coaches for the 2013-14 academic year, further marking the resurgence of the programs.

The pair made their PSU coaching debuts last Friday at the PSU Viking Classic, the cross country program’s first home meet since it became a Division I program in 1996.

“It is certainly an honor for the program here at PSU to have them on the staff,” PSU head cross country and track and field coach Ronnye Harrison said. “More importantly for the athletes, it is a highly unusual privilege to have the caliber of experience that we now have with Shalane and Alan at their disposal on a daily basis.”

Flanagan and Webb, who hold the American records in the outdoor 10,000 meters and mile, respectively, bring experience at the highest level of competition to their roles at PSU, having competed in the last three summer Olympic games between the two of them.

“We will utilize Shalane and Alan as pictures of what it means to be a top-level distance runner; what that process entails—not just putting the hours in at practice every day, but the other 12 hours of the day—and just build that culture,” PSU assistant cross country and track and field coach in charge of distances Jonathan Marcus said. “We want to be really competitive here really quick, and having Olympic-caliber athletes on staff is just going to enhance that and advance that culture of excellence that we want to see in our distance program.”

Marcus was integral in bringing both Flanagan and Webb to the program, having trained with them in Portland periodically over the years.

“I was talking with them about the upswing of the program at PSU, of the distance program and the vision for the program, and they really got on board,” Marcus said. “In the fall their racing schedule and training schedule is a little more relaxed so they offered up to me, ‘hey, we want to come out and help you guys and help this resurgence of the Park Blocks distance programs.'”

While Flanagan’s and Webb’s schedules allow them more time to help out in the fall, Harrison said both will be available as mentors to PSU athletes throughout the 2013-14 academic year, even as their competitive schedules ramp up in the winter and spring.

Until then, Flanagan and Webb will make their next appearance with the PSU cross country teams Saturday, Sept. 21, at the Oak Knoll Loop Run in Salem, Ore.