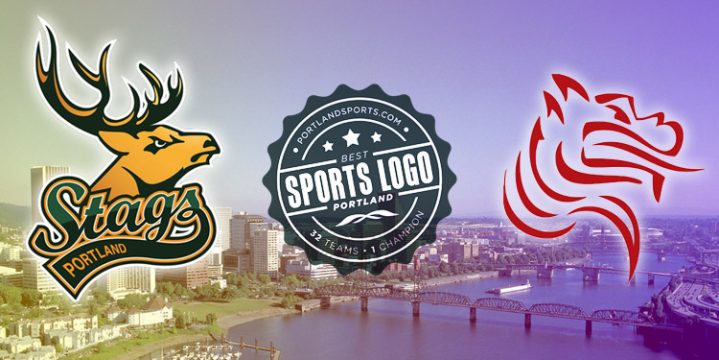 The championship matchup is set in the battle for Portland’s Best Sports Logo.

After four weeks and more than 150,000 votes, the Portland Stags will face the Pacific University Boxers in the week-long final. 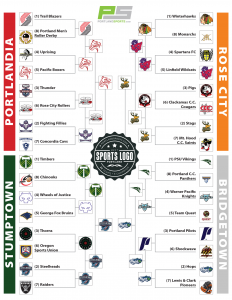 The No. 2 Stags knocked off fellow 2-seed Hillsboro Hops by just 303 votes. Meanwhile, the Cinderella story of the tournament saw 5th-seeded Pacific University knock off the No. 2 Portland Steelheads by less than 2 percent of their matchup’s total votes.

Both the Stags and Boxers leveraged massive social media campaigns to rustle up enough votes and move into the championship round.

Pacific University, the private college just outside Portland, entered the 32-team tournament as the bracket’s 17th overall seed. They advanced through the Portlandia bracket with wins over Portland Uprising Paintball and a monster upset over the tourney’s top seeded Trail Blazers. In the third round, they knocked off the Rose City Rollers before squaring off with the Steelheads in the semifinals.

The Stags, Portland’s professional ultimate Frisbee team, came in as the 6th overall seed and began in the Rose City bracket. Their first round blowout win over Mt. Hood Community College was followed by a close battle with the Porland Pigs Rugby team. They beat the Linfield Wildcats in Round 3, followed by a semifinal victory over the Hillsboro Hops.

Championship voting runs one week until 11:59 p.m. Tuesday, Feb. 24. The winner will be declared the following day. As always, you can vote once per day. We’ll keep you updated on Facebook, Twitter, Instagram as well as this site. So follow along as we crown a champion.

Wages in the WHL