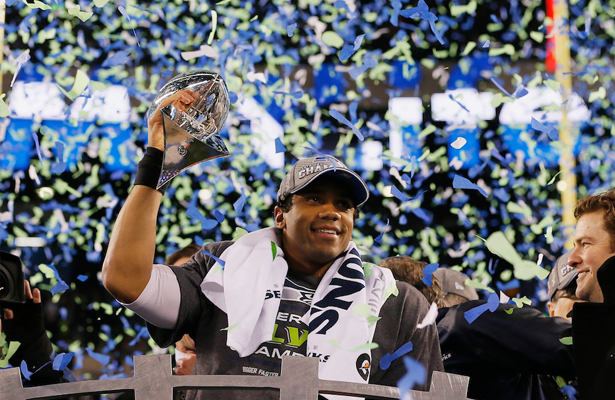 The Seattle Seahawks are world champions for the first time in franchise history.

They defeated the Denver Broncos 43-8 in Super Bowl XLVIII. It was an all-around win, with the Seahawks scoring on defense, offense and special teams before the Broncos even got on the board. Linebacker Malcolm Smith was named MVP, leading the defense with 10 tackles, a fumble recovery and a 69-yard interception for a touchdown.

Seattle’s win marks the third major professional championship for the Pacific Northwest. The other two both came in the NBA: the Seattle Super Sonics (1979) and the Portland Trail Blazers (1977).