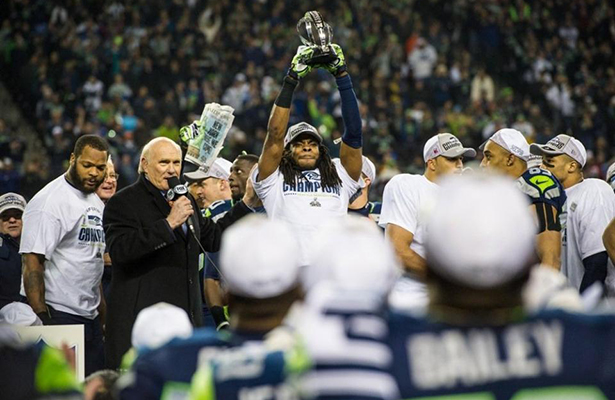 For the second time in franchise history the Seahawks are going to the Super Bowl.

The Hawks defeated the San Francisco 49ers in the NFC Championship 20-17. Marshawn Lynch and his 100-yard game, along with the defense that caused 3 San Francisco turnovers in the 4th quarter, pushed the team to New York for Super Bowl XLVIII. The biggest play may have come from the loudest member of the Seahawks, Richard Sherman’s tip in the end zone to Malcolm Smith on San Francisco’s final drive. [Seahawks]