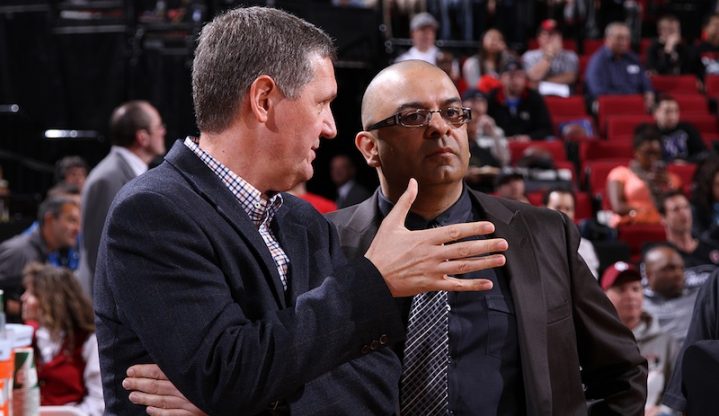 Marin Sedlacek has seen his share of great players at the Nike Hoop Summit.

This spring, the Belgrade native will be helping name and shape the World Select Team at the Nike Hoop Summit for the 17th time dating back to 1998. The 57-year-old has served as the World Select Team assistant coach since 1998 and has coached or game-planned against 80 NBA Draft lottery picks, including 10 players who were selected No. 1 overall.

“It’s really a privilege to be part of this. I started this in 1998 when we had Dirk Nowitzki and Luis Scola,” said Sedlacek, who has also had future NBA stars Tony Parker, Andrea Bargnani, Nicolas Batum, Dennis Schroeder, Nikola Jokic, Dario Saric, Dante Exum, Andrew Wiggins, Karl Towns Jr., Ben Simmons and Jamal Murray among others on the World Team.

“It’s a privilege to be able to work with somebody who is still at the junior level and see how quickly they develop at the pro level and become a great player. It’s wonderful to build a long-term relationship with these players from the beginning.”

The world of basketball has changed immensely since 1998 – just like the Nike Hoop Summit has since Sedlacek joined the team.

“The game became more global, not only in regards to the World Team but also in terms of interest from people all around,” explained Sedlacek, who served as an NBA international scout for the Memphis Grizzlies from 2003 to 2010, when he moved to his current team the Philadelphia 76ers.

Back in 1998, the game was played in Dallas and there were no NBA scouts at the practices, which Sedlacek figures as the reason the Mavericks picked Nowitzki, who scored 33 points with 14 rebounds in the 1998 showcase. But the biggest change in the Nike Hoop Summit’s legacy was the move to Portland in 2008.

“The city and all the infrastructure all around was pure basketball. It was more professional and there were more and more people. That was the biggest change.”

The move to play the game Friday night this time around instead of Saturday afternoon will also impact the future.

“Now it’s Friday night, so that is prime time.”

One of the reasons Sedlacek enjoys the Nike Hoop Summit is because of the challenge of forming a World Team that can beat the best that the United States have to offer.

“Most people think this is an All-Star game and we are just bringing the best 12 players. But it’s supposed to be a team that will be competitive with players who have good team chemistry who can adapt to the style of the USA team. And maybe they have something extra that can help us win the game.”

After the World Team won three of the first five games, the United States reeled off seven-straight wins and nine victories in 10 games. One of Sedlacek’s favorite memories was Serbian Milan Macvan coming up clutch with 23 points, 14 rebounds and six assists help the World snap that seven-year losing streak with a 97-89 victory in 2009.

“That was the warning light and then USA Basketball changed a lot of things, including the extended period of practice to take the game more seriously.”

The United States team has won two of the last three Nike Hoop Summit, including last April’s 101-67 blowout of a World team ravaged by top players pulling out late. When asked about his favorite players from his time with the game, Sedlacek sounds like a parent of multiple children.

“I like all of them. All of them have some specific things. It’s very difficult to say which one. For sure Kevin Durant (who had 20 points and 7 rebounds in 2006) was the most impressive at that time. There are so many greats, I don’t want to miss somebody.”

Sedlacek certainly hasn’t missed seeing great players showcase their great skills over the years and this time around in Portland should be no different.