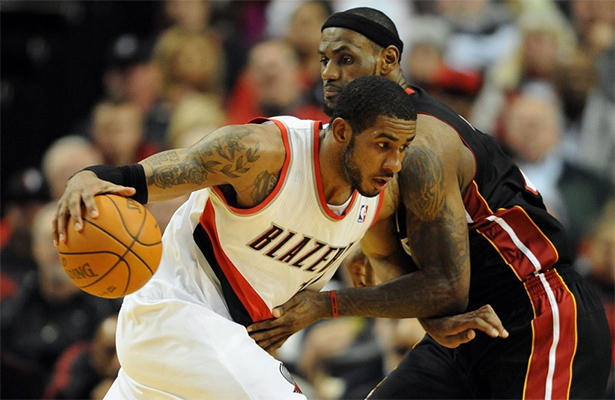 You could visit any number of NBA arenas across the country, and given the night, the fans of their home team will inevitably start chanting “MVP! MVP!” for their star player, regardless of said players actual season standing.

This practice among fans has become commonplace since Kobe Bryant received MVP chants at Madison Square Garden during a game against the New York Knicks. Think about that, he got MVP chants at an away game. That’s impressive no matter what you think of Kobe Bryant.

However, home fans now take it upon themselves to be sure that everyone knows they want Dirk Nowitzki, or Carmelo Anthony, or LeBron James to be the MVP so much that they’ll yell at the top of their lungs at the end of any game when those players waltz up to the free throw line. Sure, it’s fun for the fans, it gets them involved in the game, and shows they pay attention enough to know who their best player is, but it doesn’t always mean that player is deserving of the recognition, and hardly carries as much weight as it did at MSG those years ago.

Chances are, if you’ve been to a game at the Rose Garden this season (Moda Center doesn’t feel right), then you’ve no doubt heard these same chants for LaMarcus Aldridge. You can’t blame the fans one bit, they haven’t seen this kind of success in Portland for some time, and the success has a lot to do with the level of play their big man is producing this year. Question is, how legitimate is LaMarcus Aldridge’s case to be the most valuable player in the NBA this year? Let’s take a look.

It doesn’t take long to notice that Aldridge is having the best statistical season of his 8-year career, and he’s putting up career highs in points, rebounds, and assists. Scoring an average of 23.8 points per game, Aldridge is notching a full two more points per game than his previous career high, and Portland’s league leading offense is a direct reflection of that. Granted Damian Lillard is a year better, Wes Matthews is putting up a career high in points, Nicolas Batum is more well-rounded, and Mo Williams is a serviceable 6th man, but these just complement the kind of season Aldridge has had, they don’t diminish it.

What’s most striking about Aldridge’s 2013-14 season is not the uptick in points, rather, it’s the increased production on the boards that is really turning heads. Putting up just over two more rebounds per game (11.2), than his previous career high (9.1), LaMarcus is a double-double machine that has already recorded 22 of them on the young season (second only to Minnesota’s Kevin Love).

In addition to those 22 double-doubles, LaMarcus has twice gone off for at least 30 points, while grabbing at least 20 rebounds; a feat that is not often accomplished and very telling of the kind of success he’s had this year. The first 30-20 game Aldridge had came against the Golden State Warriors who, themselves, have a player with a knack for rebounding the ball in David Lee. LaMarcus’ second 30-20 game came against Dwight Howard, and the Houston Rockets, as the Blazers avenged an early season home loss and toppled the Rockets behind Aldridge’s 31 points, and 25 rebounds.

Aldridge nearly had a 3rd 30-20 game this past Wednesday night with the Cleveland Cavaliers in town, posting 32 points, to go along with 18 rebounds, in a game that saw him take over the fourth quarter, assuring the Blazer’s 29th victory on the season. It was no surprise that, near the end of the game, and Aldridge heading to the free throw line, the Rose Garden crowd began wildly chanting “MVP! MVP!” and for one of those rare times each season, it was absolutely warranted.

The Blazers are off to their best start since the early 90’s and with a 29-9 record, sit in the 2nd seed of the talented Western Conference. While the additions of Mo Williams, Thomas Robinson and Robin Lopez are sure fire reasons for why the Blazers are vastly improved over last season, you can’t deny that Aldridge’s career year is one of the main reasons Portland is fairing so well.

The MVP award typically goes to the best player on a playoff bound team, and usually that team is near the top 2 or 3 in the league. If Aldridge keeps up the kind of pace he’s on right now (and he shows no signs of slowing down), then his name will be strongly considered for the Maurice Podoloff Trophy along with guys like LeBron James, Kevin Durant and Paul George.

Until then, the fans will surely keep chanting “MVP” at LaMarcus Aldridge, and should do so without the cliché attached to it; he’s having a superstar type season, and deserves all the recognition.