August 9, 2013 by Preston Toulon No Comments 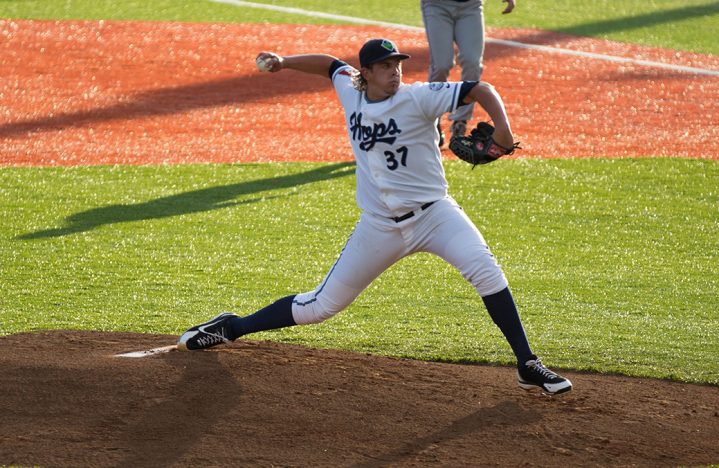 The Hops are just one game behind the Salem-Kaizer Volcanoes after last night’s 3-2 victory over the Tri-City Dust Devils.

Hillsboro’s 7-7 record has them tied for second place in the Northwest League South after finishing last in the season’s first half.

In front of 2,845 fans, starter Aaron Blair tossed four shutout innings. He allowed just four hits while striking out five. George Roberts launched a two-run homer into the left field grass and the Hops scraped another run across to go up 3-0.

Blake Forslund relieved Blair once the Hops took their lead but quickly gave up two in one inning. Johnny Shuttleworth (2-1) got the win with 2 IP, three hits and one strikeout. Daniel Gibson entered in the eighth to setup Jimmi Sherfy who got the 9th inning save, just the third of his career.

The Hops continue their five game series against Tri Cities tonight. They’ll be in town through Thursday to close their homestand with three more games against Spokane.

Curious how the playoffs work in Single A? The season is split into two halves where teams essentially have two chances to make the post-season. For a detailed scenario, check out Playoff Procedures on the Hops’ website.