Is it Good for Damian Lillard to Compete in All Five All-Star Events? 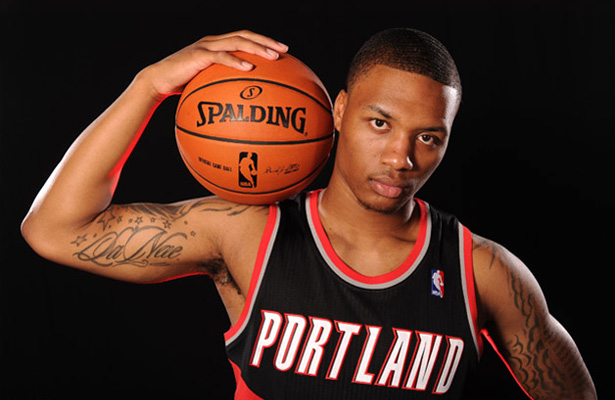 Often times, the NBA All-Star Week is about finding other things to do besides watch basketball.

But fans of the Portland Trail Blazers will have someone to cheer for during all five of the All-Star Week’s main events, as Damian Lillard will be putting the “all” in All-Star Week, appearing in the BBVA Compass Rising Stars Challenge, the Taco Bell Skills Challenge, the Foot Locker Three-Point Contest, the Sprite Slam Dunk Contest, and the NBA All-Star Game. Lillard is the first player in NBA history to appear in every major All-Star event.

After being named the NBA’s Rookie of the Year last year, Lillard is having an even better sophomore season. During the 2013-2014 season, the former 6th overall pick has averaged 20.8 points per game and 5.7 assists per game while shooting 42.2% on field goals and 40.6% from three point range. Lillard has done all of this while playing 2.5 fewer minutes per game than he did last year.

Lillard will be starting his week with the BBVA Compass Rising Stars Challenge, a game featuring the NBA’s best rookies and sophomores. Lillard appeared in the game last year, where he played for Team Shaq and scored 18 points in a losing effort. This year, he will play for Team [Grant] Hill along with Bradley Beal, Andre Drummond, Harrison Barnes and Terrence Jones.

While Lillard is not known for his dunking ability, the 6’3” point guard will be competing in the Sprite Slam Dunk Contest. He will be competing against Paul George, John Wall, Harrison Barnes, Ben McLemore and last year’s winner, Terrence Ross. Lillard will be the shortest player in the competition, with 6’4” John Wall the closest in height to him. However, Lillard’s height should not be a deterrent. Nate Robinson has won the Slam Dunk Contest three times, more than anyone else and he is only 5’9” … the national average for males in the United States.

The 63rd NBA All-Star Game featured a myriad of controversial picks, including the oft-injured Kobe Bryant being picked as a starter and both Blake Griffin and Kevin Love getting picked over LaMarcus Aldridge as a starter despite Aldridge being an MVP candidate. While it is difficult to argue Lillard being better than Stephen Curry, the Western Conference starter at point guard, many would consider it an honor to be named alongside Tony Parker and Chris Paul.

When asked why he decided to play in all of the All-Star events, Damian Lillard said he wants to leave his mark on the week. At 23 years old, Lillard will be able to handle the physical stress of the events better than some other players. Blake Griffin said that he does not want to compete in multiple events this weekend so he can rest his body. If Lillard thinks he can handle competing in five events in three days and continue an NBA level of play afterward, than it is his right to. Trail Blazers fans better start freeing up their weekend because they have some good TV coming from Lillard.

Winterhawks Knock off Prince George for 13th Win in a Row