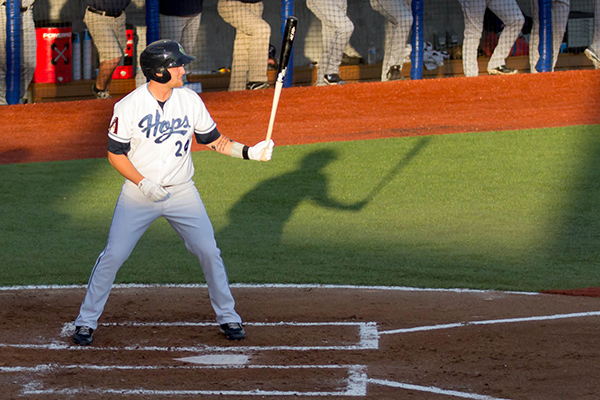 Hillsboro broke records last night in an emphatic fashion, chalking up nine runs in the first two innings en route to a 15-4 walloping of the Tri-City Dust Devils.

They set a franchise record for runs (15) as well as hits (20). They won two games in a row at home for just the third time this season.

The Hops (8-7) are still tied for second with Eugene and Boise and sit just one game behind Salem-Keizer. All the Northwest League South teams won last night against rivals from the North.

Ben Eckels allowed just two runs over five innings for his fourth win on the season (4-5). Patrick Smith allowed one run over two innings in relief before Chase Stevens threw the final two innings and gave up one run in the top of the 9th.

George Roberts got his second homerun in two nights, and third on the season, in a game where he amassed four hits. Taylor Ratcliff went 3-4 with three runs while Randy McCurry hit three runners in as he also got four hits.