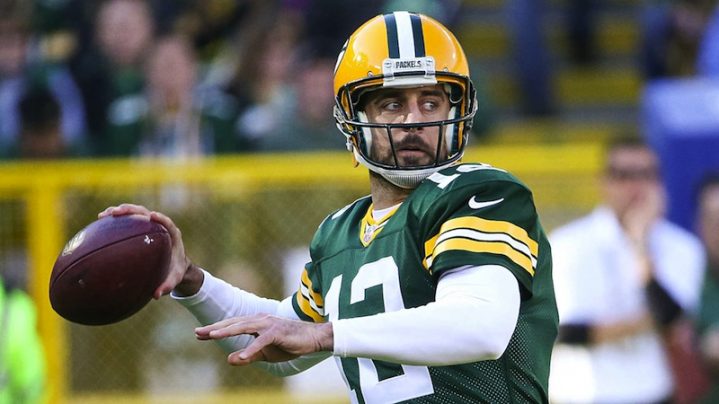 When Championship Sunday rolls around this coming weekend in the NFL, four quarterbacks all worthy of earning MVP honors this season will square-off in a double-header expected to be two instant classics when Aaron Rodgers and the Green Bay Packers square off against Matt Ryan of the Atlanta Falcons, while Tom Brady (New England) and Ben Roethlisberger (Pittsburgh) go head-to-head close out the night.

That is some pretty impressive QB company, but the fact that Rodgers has some local ties to the area makes this Packers postseason run easy to root for. The kid who was once a standout little league baseball player in Raleigh Hills has now led Green Bay to eight-straight wins including Sunday’s 34-31 win in Dallas. Is Atlanta next in line to assume the fate of the Cowboys, New York Giants, Detroit Lions, Minnesota Vikings, Chicago Bears, Seattle Seahawks, Houston Texans and Philadelphia Eagles on a run that dates back to November 28.

Maybe the better question is, could that Rodgers kid who grew up in Beaverton be Super Bowl bound once again?

Rodgers attended Vose Elementary School as a fifth-grader and Whitford Middle School in Beaverton for three years (between 10-13 years old), before his family returned to Chico, California in 1997. Rodgers went on to star at Pleasant Valley High School, play one season of junior college football at Butte Community College in Oroville, California and go on to play two seasons at the University of California, before the Green Bay Packers selected Rodgers as the 24th overall pick in the 2005 NFL Draft.

From Beaverton to compiling a Hall of Fame career in Wisconsin: Super Bowl MVP and Super Bowl Champ (XLV) in 2011, 2-time NFL MVP (2011 and 2014), and 6 Pro Bowl selections just to name a few career highlights. Adding another ring to that collection is just another two wins away for Rodgers.

An epic showdown surely awaits against the Falcons. When Rodgers went up against Atlanta earlier this season, the Falcons came away with the 33-32 win despite Rodgers finishing 28 of 38 for 246 yards, 4 touchdowns (no interceptions), while rushing for 60 yards (6 attempts).

Back in November, one sports website posed the question – Can Aaron Rodgers be the type of leader the Packers need?

At the time, Rodgers and Green Bay had very few answers,  were 4-5 and suffered  losses to both Indianapolis and Jacksonville. The team looked lifeless. Number 12 became the easy target. Rodgers nonchalant demeanor in the games and sidelines was starting to be perceived as a lack of caring and overall passion to add fuel to the fire. It was not a pretty time in the season, but one that resulted in growing pains and what can only be described as an unbelievable win streak through this NFL postseason.

Aaron Rodgers is easily at the heart of Green Bay’s turnaround this season and clearly on a mission to lead the Packers back to the Super Bowl, but there is still some unfinished business coming up on Sunday in Atlanta. The big payback.

Next stop, the NFC Championship.

Meet The Man Behind #DAME4MVP