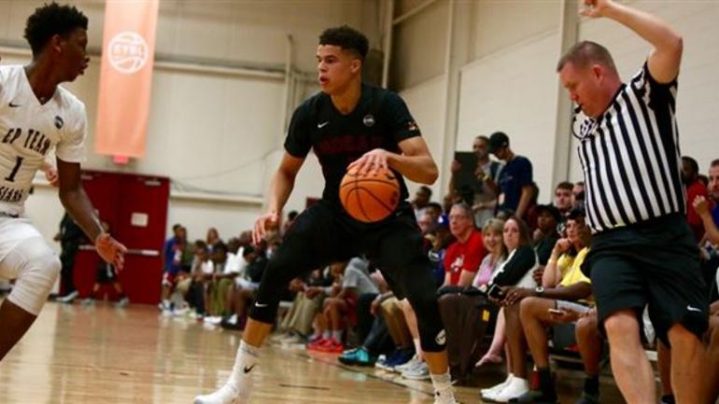 It’s no surprise but the best of the best will on hand for the United States at the 2017 Nike Hoop Summit.

The headliner for the USA Junior National Select Team will be Michael Porter Jr., the number one ranked player in the class of 2017 who will be headed to the University of Washington in the fall. But Porter is just one of the great players chosen by USA Basketball for the 20th annual Nike Hoop Summit, scheduled for 7 pm on April 7 at the Moda Center in Portland.

The World Team will likely be named in the next two weeks or so. But in the meantime, it should be noted that USA Basketball has named a group of players with a healthy share of international hardware to their names.

Carter and Trent – both heading to Duke in the fall – helped the United States to the gold medal at the FIBA U17 World Championship 2016 along with Brown, who is on his way to Oregon; Michigan State recruit Jackson; Alabama-bound Sexton; and Knox. Sexton was named the MVP at the U17 Worlds while Carter was also on the All-Star Five. That Carter-Knox-Trent trifecta also won the title at the FIBA U16 Americas Championship 2015 along with Vanderbilt, who will be looking to showcase himself at Kentucky. The United States will be the heavy favorite at this summer’s FIBA U19 Basketball World Cup 2017 and four of the Hoop Summit players helped USA qualify by winning the title at the FIBA U18 Americas Championship 2016 – Porter, Bamba, Kentucky commit Green and Walker. The only USA Hoop Summit player who hasn’t won a title with the United States is Duval, who did participate three times in mini-camps with USA Basketball.

The USA team will be coached by Miles Simon, who was an assistant at the FIBA U17 World Championship 2016. And the former NCAA champion with Arizona and ex-NBA guard knows this group is loaded.

“We have a lot of strengths,” Simon was quoted on the USA Basketball website. “We are very athletic. I think we are an unselfish group. We could be really good defensively. Scoring should not be a problem for this team with the amount of talent on the roster. I think this team will really enjoy being with each other and playing for each other.”

The USA roster is packed with just about any kind of player for a fan to fall for – a big man, a speedy guard, a freak athlete, an amazing all-arounder. And the Americans are are looking to win their third Hoop Summit in the last four editions.

From Oregon To The NFL, Northeast Portland Native JJ Birden Never Forgets Where He Comes From