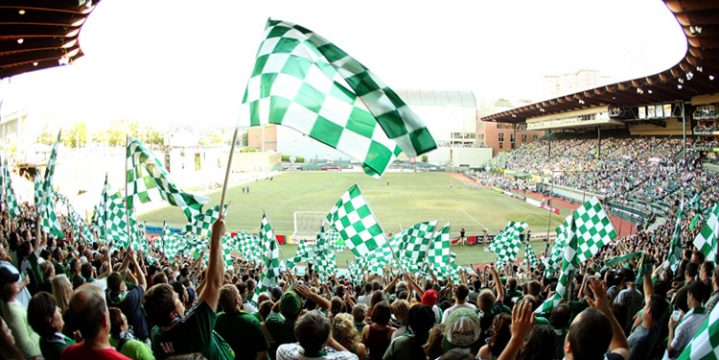 The Portland Timbers today announced that single-game tickets for the first eight regular-season home matches at Providence Park go on sale to the public Friday, Feb. 20, at 10 a.m.

Since joining MLS in 2011, the Timbers have sold out all 68 regular-season matches at Providence Park. The club opens its fifth MLS season on Saturday, March 7, at Providence Park as they play host to Real Salt Lake at 7:30 p.m. (Pacific).

Group opportunities for Timbers home matches are available by contacting the Timbers ticket office at (503) 553-5555 or ticketsales@timbers.com. Additional group information can be found at www.timbers.com/tickets.

Additionally, tickets are on sale for the 2015 Simple Invitational. The annual preseason tournament will consist of three doubleheaders at Providence Park from Feb. 22-28 between the Timbers, Chicago Fire, Vancouver Whitecaps FC and Norwegian Tippeligaen club Stabæk, coached by former U.S. Men’s National Team head coach Bob Bradley. Individual tickets, which allow entry into both matches each day, start at $13 and are available online at www.timbers.com. Three-game ticket packages for the Simple Invitational, starting at $33, are also available for purchase online. Group tickets are available by contacting the Timbers ticket office.

Winterhawks Glimpse at the Playoffs