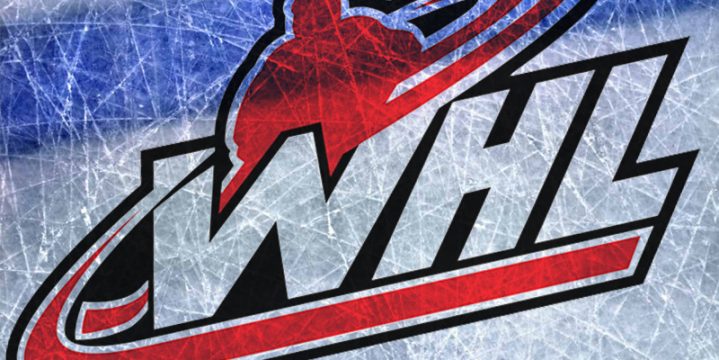 I don’t want to take credit for the week of success last week, but one can only assume they read my piece about how disappointing the Winterhawks have been and it sparked a fire.

They had a chance to take four straight games were it not for one really late goal. This team still has high expectations and looks to be hitting their stride. A two-game homestand against the best team in the league this week will show us how big of a step forward they have taken.

In their three wins this past week, they only gave up four total goals. I have been clamoring all season that the defense needs to tighten up if they want to climb out of this hole, so it looks like it is slowly getting better. We will see if they have the power to hang with Kelowna this week.

,12-1,—,1,”Kelowna Rockets~~This team continues to stay atop the rankings. They have a superstar goaltender, Jackson Whistle, who seems to be almost impossible to beat. He gave up one goal in two games this weekend and that lone goal came against a team that was averaging almost six goals a game. If Whistle keeps this up, it won’t matter how good the team in front of him plays, they will keep winning. ”
2,

,11-1-1,—,2,”Medicine Hat Tigers~~Another weekend without a loss. They gave up the most goals they have all season on Saturday, but still managed a way to outscore the Hitmen. According to the team’s website, they have sold out every game this year giving them a great home ice advantage. ”
3,

,8-1-2,—,3,”Everett Silvertips~~Finally suffered their first regulation loss of the year. They immediately bounced back though with back-to-back wins only giving up one goal in each of them. They have a weird schedule moving forward though as they will be traveling a lot. No real lengthy home stands or road trips meaning they could wear out in the next couple weeks.”
4,

,10-3-1,—,4,”Brandon Wheat Kings~~75 goals through 14 games, let me repeat that…75 goals through 14 games. That is almost 5.5 goals a game average. That includes their last game where they scored only one goal. As you can imagine, this team will not lose many games if they keep scoring like this. If I had to pick one team now to win the title, it would be the Wheat Kings. ”
5,

,9-3-1,[icon name=icon-arrow-up] +1,6,”Edmonton Oil Kings~~Does anyone remember when the Oil Kings went on a three game losing streak earlier this year? Me neither. Have not lost in regulation in eight games now. They have a brutal stretch coming up, having 11 out of the next 12 away from home ice. ”
6,

,9-6-1,[icon name=icon-arrow-up] +1,7,”Kamloops Blazers~~The Blazers went 3-1 over the past week with only defeat coming at the hands of the high scoring Wheat Kings. Coming off a shutout victory, they look to continue this momentum as they have a big showdown with Everett on Wednesday. ”
7,

,9-7-1,[icon name=icon-arrow-up] +7,14,”Swift Current Broncos~~Three straight win last week see them jump seven spots in the rankings. Granted they were against Portland and Regina twice. It should be a good sign though; they are beating teams they should be beating. Being in the weaker Eastern Conference also sees them tied for third at the moment. ”
8,

,8-7,[icon name=icon-arrow-down] -3,5,”Tri-City Americans~~It was a horrendous week for the Americans. Three games with only one total goal to show for it. I do not know whether to chalk it up to a fluke or poor offense but as of now, that could be the worst three game stretch of any WHL team this year in terms of goal scoring. ”
9,

,7-6-1,—,9,”Calgary Hitmen~~This team shows signs of brilliance at some times and other times look like bottom dwellers. They score nine goals one night, and then proceed to give up seven the next. They have seven straight road games coming up which will test these inconsistencies. ”
10,

,8-8,[icon name=icon-arrow-down] -2,8,”Prince George Cougars~~A 1-3 week left the Cougars at .500. The one game they won only saw two goal scored. They continued the bad habit of giving up more than five goals the rest of the week though and it’s hard to win with those GAA numbers. When you have just as many wins as losses but have given up 23 more goals than you have scored, there is some reason for concern. ”
11,

,6-3-3,[icon name=icon-arrow-up] +1,12,”Spokane Chiefs~~Started the week with a very impressive victory against the Silvertips but then lost to the inferior thunderbirds. Seems as though this team plays to their competition and cannot blow anyone out that they should. If that trend continues, expect them to stay right where they are in the rankings. ”
12,

,6-7-1,[icon name=icon-arrow-down] -2,10,”Moose Jaw Warriors~~A rough weekend for the Warriors losing all three games. They only scored one goal in each of the three games, which I believe to be just a fluke. If the trend continues, expect a bigger slip in the rankings next week. ”
13,

,8-6-1,[icon name=icon-arrow-up] +2,15,”Victoria Royals~~Two games, two wins making it a successful weekend for the Royals. They didn’t score a whole lot, but when you give up less than you score, that is all that matters. It will be interesting to see if this defense can continue to hold up against the Wheat Kings this week. ”
14,

,6-8-1,[icon name=icon-arrow-down] -1,13,”Regina Pats~~Started the week with three straight losses including only scoring one against the Winterhawks defense. Capped the week off though by scoring eight against the woeful Hurricanes. It seems as this team can win when playing lesser opponents but falls flat against the top dogs of the WHL. That will keep them in the middle of the rankings. ”
15,

,6-7,[icon name=icon-arrow-down] -4,11,”Vancouver Giants~~An extremely rough weekend for the Giants dropping all three games. Five goals in three games is not going to win you a lot of games. With an upcoming game against the goal scoring powerhouse Wheat Kings, I expect a serious blowout.”
16,

,5-5-3,[icon name=icon-arrow-up] +1,17,”Seattle Thunderbirds~~A mediocre 1-1 week wasn’t how the Thunderbirds envisioned it going. I don’t know what I think about this team, as they seem to only play their best games against the Winterhawks. Sine the schedule is not a slate of games against Portland; I do not see them doing much moving forward. ”
17,

,5-7-1,[icon name=icon-arrow-up] +2,19,”Red Deer Rebels~~It was a great weekend for the Rebels as they try to climb out of this early season hole. They scored 11 total goals and proved they have potential to climb the standings. They face a lengthy road trip coming up to test their endurance and mettle.”
18,

,5-8,[icon name=icon-arrow-down] -2,16,”Prince Albert Raiders~~Started the week strong with a win, but eventually lost to both the Winterhawks and the Hurricanes. Losing to those teams proves they belong in the bottom half of these rankings. The Raiders have not scored over four goals since the first game of the year, so it is not surprising that they have lost more than they have won. ”
19,

,4-9-1,[icon name=icon-arrow-up] +1,21,”Lethbridge Hurricanes~~Just because they moved up one spot doesn’t mean they improved very much. Yes they won three games last week but still have a terrible record. I am going to need to see more consistent winning if they want to climb these rankings. ”
21,

,4-9,[icon name=icon-arrow-down] -1,20,”Saskatoon Blades~~Started the week with a win before giving up six and seven goals to Portland and Lethbridge. It’s never a good thing when you are getting blown out by teams who were lower than you in the power rankings. ”
22,

,3-11,[icon name=icon-arrow-down] -4,18,”Kootenay Ice~~It was a forgettable week, in a forgettable season, for the Ice. Losing all four games including giving up nine goals in one of them. I don’t even think this six game home stand they have coming up will salvage this season. Expect the Ice to remain near the bottom of the standings all year. ”

Get Up! Get Active! Portland’s Weekend Forecast Full of Fall Fun and Fitness