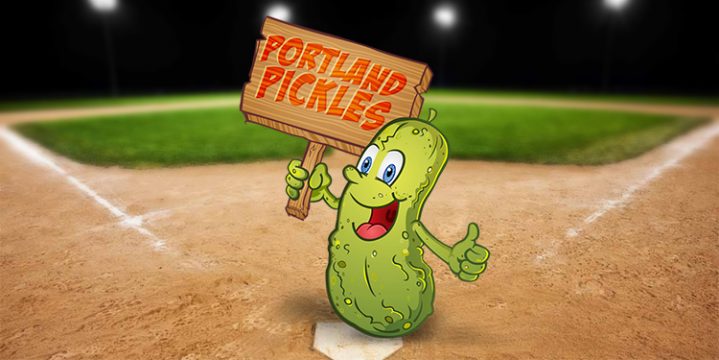 Portland’s new baseball team won’t take the field until 2016. But the contest to name them ends April 10th and we have a list of just six to vote on.

Yes, in the same day we’re told we get to pick the name of Portland’s new team, we’re also told we have to select from six of the most oddball names available. If it weren’t for the forced alliteration, we’d almost think they just threw a completely random list of mascots into a hat and chose the first six options.

All that being said, we’ve decided on a clear-cut winner and urge you to join us on #TeamPickles.

You read that right: Pickle.

You didn’t expect the Beavers, did you? This isn’t a legitimate minor league team like the one we lost in 2010, so it shouldn’t be treated as such. After all, just look at the names we were given as options:

Voting is live on Portland’s Baseball Team’s website now. Ironically, they state below the competition, “If more than one person selects the eventual team nickname, a random drawing will be held to select the winner.” Do they not expect more than six people to vote?