December 8, 2016 by Wendell Maxey No Comments 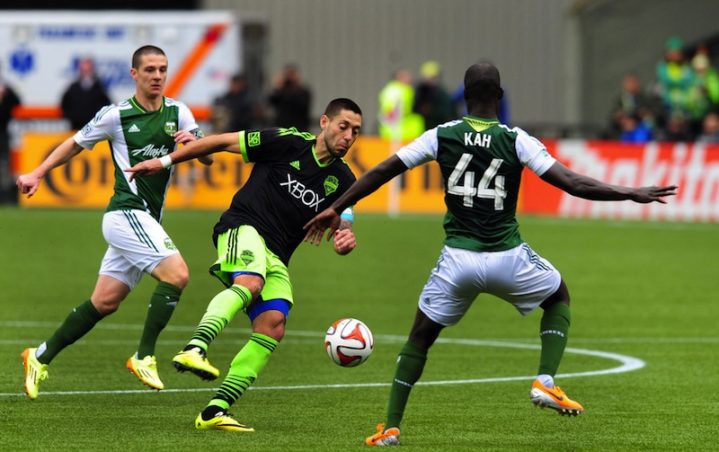 This one shouldn’t come as a surprise.

Business around Major League Soccer is always better whenever the Portland Timbers and the Seattle Sounders are involved.

It’s just one more building block in a rivalry that extends beyond the pitch, with endless tough Trail Blazers and Sonics games coming to mind — give and take in a lot of ways when it comes to sports in general. Some NBA basketball fans in Seattle tend to pull for the Blazers. A number of NFL fans around Portland are quick to throw on their Seahawks gear when Sunday rolls around. But when it comes to the Timbers and Sounders — fuggetaboutit.

It’s the Portland Timbers and Seattle Sounders, two halves of the rivalry Major League Soccer that has been at center stage over the last six seasons. The league’s showcase rivals have made back-to-back trips to the league’s marquee match…Within a difficult Western Conference, the bar gets raised a little higher, and within the rivalry – where progress relative to your rival is always a measuring stick – the level can go up even more.

Richard Farley over at FourFourTwo breaks it all down for us in a solid piece detailing about these two franchises are woven together from their past, present and the future thanks to their back-to-back MLS Cup finals history.

Two teams pushing each other and helping build upon the MLS as a growing sports brand and league is something soccer fans in Portland and Seattle will no doubt appreciate and commiserate about as the story grows between the Timbers and Sounders. But with the Sounders reaching the MLS Cup this season and set to face Toronto FC on Saturday, it’s now up to the Portland Timbers to bounce back strong as they start their preseason in Arizona at the end of January.

Inside The Nike Hoop Summit: Hoop Summit Alum Terrance Ferguson Is On The Rise “Down Under”