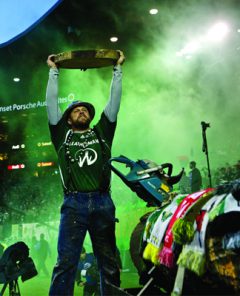 This is the second installment of our series “Introducing Portland’s Sports Teams,” where we introduce you to every professional, semi-professional and college sports program in Portland. Who are the Portland Timbers? The Portland Timbers joined Major League Soccer in 2011, however the team was originally formed in 1975 as a member of the North American […] 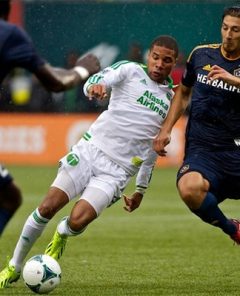 Drenched Timbers Look Back at Galaxy

September 30, 2013 by Oregon Sports News No Comments Share this

There’s just no beating the Timbers in the Portland rain. The home team was right at home in the middle of an astonishing late-September monsoon in Portland, and the Timbers ground out a vital 1-0 win over the back-to-back champion LA Galaxy Sunday afternoon at Jeld-Wen Field. For Caleb Porter, 1-0 is the new 3-3. […] 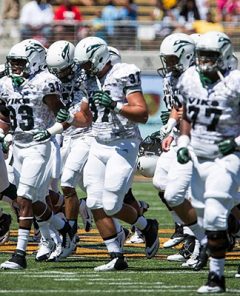 Past and present will meet on Thursday night at JELD-WEN Field when the Portland State Vikings host the 18th-ranked Cal Poly Mustangs in a Big Sky Conference opening game for both teams. Kickoff is set for 7:15 p.m. and the game will be televised on Root Sports. The radio call can be heard on Freedom […] 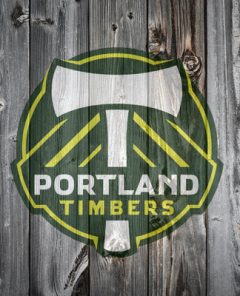 A sunny day, two great teams, an amazing atmosphere and a brilliant goal made Saturday at Jeld-Wen field a day to remember as the Timbers beat a great FC Dallas team. The game was full of life as the Timbers passed the ball around a Dallas team that was capable of stifling any threat at […]

Saturday saw the Timbers continue their unbeaten run to 10 games with a draw against conference rivals, the Vancouver Whitecaps. Both teams were keen to capitalize on solid performances from the week before but neither team really controlled the game in the enemy’s final third. The Timbers displayed their typical dominance in the midfield in […] 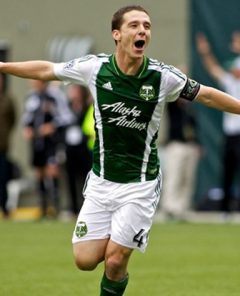 You Cannot Stop These Timbers

The Timbers extended their unbeaten streak to 9 games this week with a tie in Dallas on Wednesday and a 3-0 win at home against Chivas USA on Sunday. The game in Dallas was a scrappy back and forth contest that saw two of the fastest paced teams going at it. The Timbers were given […] 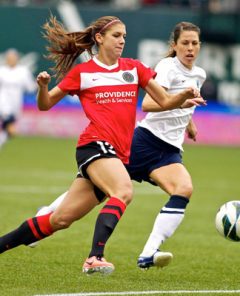 America’s soccer sweetheart Alex Morgan and the Portland Thorns beat Northwest rival Seattle Reign 2-1 in the city’s NWSL home debut Sunday night. And the whole city seemed to show up. True, the season (and league, itself) are just a few weeks old. But the fans in Portland proved that the Timbers aren’t the only […]