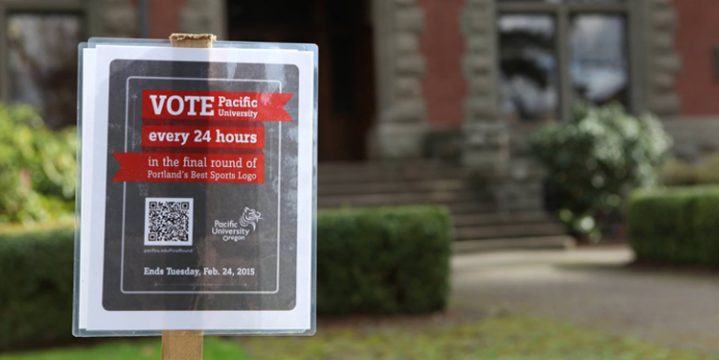 Now that we have the final two logos battling it out for Portland’s Best Sports Logo, let’s take a closer look at how each of them came to be.

The Stags are Portland’s newest professional sports team, established in 2013 as one of the eight professional ultimate Frisbee teams that began with Major League Ultimate.

Pacific University, meanwhile, was founded just outside Portland in 1849 by Congregationalist pioneers.

The Boxers and Stags couldn’t be further apart from each other. 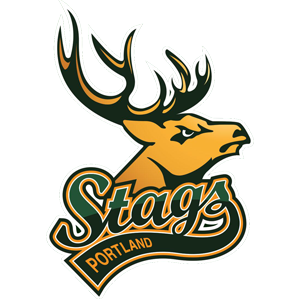 Comprised of all the top tier players from around Oregon, the bulk of their athletes come from Portland and Eugene. They will be playing at Hillsboro Stadium for the 2015 season.

Their logo harks back to the White Stag sign that originally stood where the iconic “Portland, Oregon” sign stands today, welcoming tourists to downtown Portland. The first sign was erected by the White Stag Sportswear company in 1959 as an advertisement to stand atop the company’s building.

In 1977, the sign had become so iconic of the city that it was deemed a historic landmark by the City of Portland. The text was changed between 1997 and 2010 to advertise Made in Oregon after the retailer of the same name. In 2010, the sign was acquired by the city of Portland at which point the lettering was changed to read Portland Oregon where it remains today.

As there was no existing major league sports team, the MLU felt it was fitting to name the Portland branch the Stags. The logo was them designed by senior staff members at the MLU office. Our colors are green and yellow, traditional colors of both Oregon nature and Oregon sports. 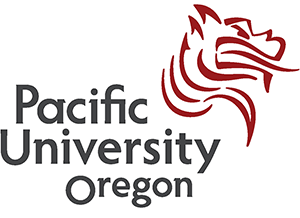 The oldest chartered university in Oregon, Pacific University originated in Forest Grove, where its residential campus remains. It now has additional campuses in Hillsboro, Eugene and Woodburn, as well as offices in Portland and Honolulu, and healthcare clinics throughout the greater Portland area. Pacific serves about 3,600 students — an even mix of undergraduate and graduate students

Pacific’s mascot is Boxer, based on a Chinese dragon-dog statue that came to campus in the late 1800s. The statue was something of a talisman for students, who took to stealing it first from the university and then from each other in a display of school spirit. The raucous “Boxer tosses” continued until the 1960s, when the statue disappeared. A new Boxer was recast in the 1980s, but it too vanished. Pieces of the original, including an ear, foot and tail, have been returned to the university by alumni in recent years, but the balance of the body remains missing.

In 1968, just before the statue went missing, students voted to replace their longtime sports mascot, Badgers, with the Boxer.

The current Pacific University logo was unveiled in 2008 as part of the university’s first comprehensive marketing campaign. It is a stylized line drawing of the Boxer with an emphasis on the fiercer dragon aspects of the mythical creature, designed to capture the unique identity of the university and the Boxer spirit.

Winterhawks Glimpse at the Playoffs