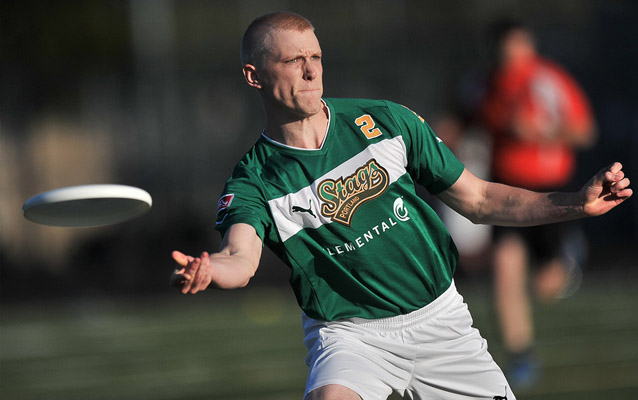 Despite preseason chatter about Vancouver as the Western Conference favorite, the Stags defeated the Nighthawks on Saturday night, helping them jump three spots in this week’s MLU Power Rankings.

Both the Stags and the Nighthawks played a spectacular game Saturday night at the 2014 season opener. However, Portland’s offense proved too powerful, as Timmy Perston scored nine goals alongside a standout performances from Mark Burton who battled against Nighthawks captain Morgan Hibbert. Head Coaches Michael Knapp and Danny Quarrell proved to doubting critics that the Stags are a whole new team.

“After playing with Portland for quite a few years we have grown used to being the underdog,” said veteran Cody Bjorklund after last week’s rankings. “I am looking forward to surprising some teams this year though. The only way we can go is up.”

And surprise they did. While Perston scored a personal record, he was not the only star of the night. With incredible grabs from Topher Davis and Eli Blackman as well as impressive defensive plays from Ben McGinn and Adam Ferrea, a number of other Stag players captured the crowd’s attention. Handlers Jeremy Norden and Breeze Strout also delivered memorable performances on offense. The Stags made it clear in Saturday’s game that they have left the little brother complex behind for good.

“We played a hell of a game on Saturday, and all respect to the Nighthawks, they played really well,” said GM Nathan Schorsch. “Throughout the preseason the league has been saying how many we’ll lose and how we are underachievers, and perhaps some people are changing their minds, and some aren’t. We need to keep going and getting better throughout the season, and I firmly believe we’ll do that. The game we played on Saturday was good, but we’ll look far better by the time Week 10 rolls around.”

The Stags have a bye this week and will head down to San Francisco on April 26 to play the first of their four game series against the Dogfish.