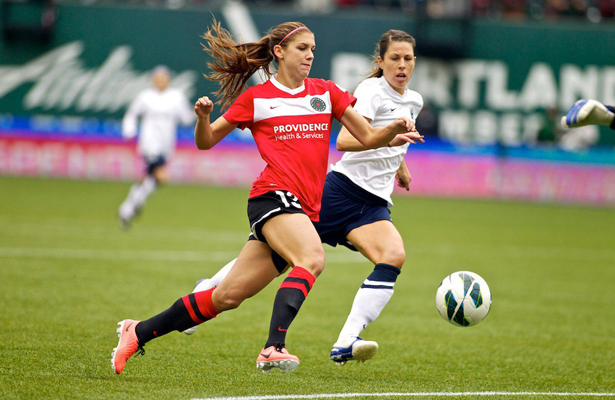 True, the season (and league, itself) are just a few weeks old. But the fans in Portland proved that the Timbers aren’t the only soccer show in town.

How to sum up an action-packed 90 minute game? Easy, Alex Morgan got angry, transformed into the Hulk and smashed her way through defenders, Christine Sinclair assisted by turning on her turbo-boosters and Nikki Washington evolved into Robocop disallowing any opponent to touch the ball.

The Thorns were backed by a raucous, record-setting crowd of 16,479 — the largest crowd yet for any National Women’s Soccer League match.