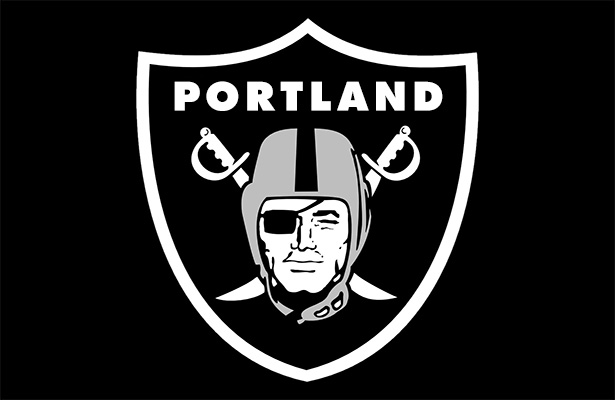 There seems to be a lot more chatter than usual about the NFL coming to Portland.

Last week, John Canzano asked if Portland is ready for the Oakland Raiders to move in. Then Tualatin Mayor Lou Ogden opened up to Canzano yesterday, saying he’d “be willing to come to the table for discussions if the Oakland Raiders are serious about relocating.”

They’re currently the only NFL team sharing a stadium with MLB (Oakland Athletics) and the team’s lease at O.co Coliseum is up after 2014.

In the meantime, a change.org online petition has popped up demanding Governor John Kitzhaber explore bringing an NFL team to Oregon. There were almost 1,750 signatures late Wednesday afternoon.

According to the petition:

Bringing an NFL team to Oregon would dramatically increase the footprint of this state, bring tax revenue, create jobs and create a multi-use venue that would increase tourism. Portland is the nation’s largest metropolitan area that is served by only one of the Big Three Major League sports organizations.

While there is typically a significant public cost to building an NFL stadium, the state of Oregon should actively pursue feasibility studies, projections and explore the possibilities. The study should explore the possibilities of a new NFL stadium-centric development surrounded by ancillary mixed-use development designed to bring multiple benefits to Portland and surrounding areas, including economic, real estate, retail, tourism, entertainment, sports, recreation, cultural and community pride benefits. The signees of this petition support further exploration of this.

Now the national media is chiming in.

CBS Sports just shared the petition and endorsed it: “We fully support this move for one reason: We want to see what happens when the Black Hole crowd meets the Portlandia set.”

Do you think Portland is ready for the NFL?