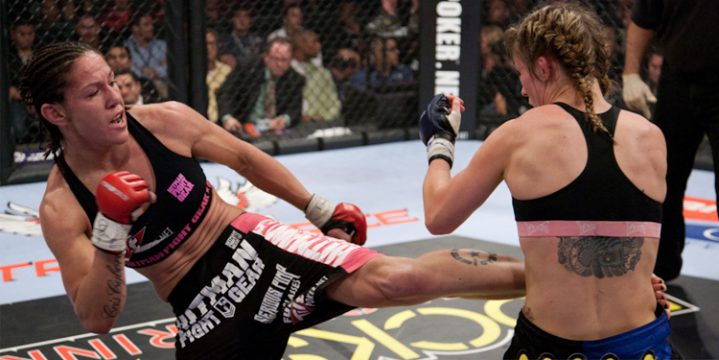 The sport of mixed-martial arts (MMA) has experienced rapid and unparalleled growth in the last ten years. However, while the top tier promotions have reaped the benefits (and revenues) of the sport’s growing popularity, local and small-time MMA promotions have withered during the boom. The severe drought of quality small-time promotions has left many local fighters with nowhere to turn, as embarrassingly low fighter pay has made it impossible for hometown talents to commit to MMA full-time.

Less than two years ago, Jihun Han and I were both writing for Oregon Sports News. Now, we are teaming up to form a new MMA promotion specifically for local female fighters.

“While we recognize the lack of opportunity for female fighters in the Pacific Northwest, we also see the tremendous need for the promotion we are trying to create,” said Han. Our promotion, which we have named “Glamour MMA,” is created with the intent to advocate for more MMA organizations geared exclusively for women. Without persistent effort placed towards educating the largely male fan-base, we fear that women’s MMA will go the way of the WNBA.

If women’s MMA falls short of achieving mainstream appeal, female fighters will never be paid the fair wages that they deserve. Jihun and I aren’t planning to shake the Earth with our new promotion. Instead, our expectations are firmly tethered to reality. “Glamour MMA isn’t the next big thing that Invicta FC or the UFC should be worried about. Far from it, actually. What Kevin and I intend to create is a promotion in which women will be comfortable fighting in. The standouts from our promotion will hopefully graduate into the ranks of Invicta or the UFC,” said Han.

With some luck, Glamour MMA will serve as a catalyst for female fighters in the Pacific Northwest. If everything goes as planned, our organization will directly lead to a marked increase in the appearance of local fighters in Invicta and the UFC.

As of this writing, we are still planning our first fight card, Glamour 1, with a tentative fight date scheduled for December. If you, or anyone you know, wants to participate in our fight card or in the planning of our fight card, please send us an email at glamourmma@gmail.com.

We are also fundraising to help mitigate some of the costs of hosting an MMA event. Please check out our fundraising page at http://igg.me/at/glamourmma.

WHL Power Rankings – Week 1: Winterhawks Have Work to Do