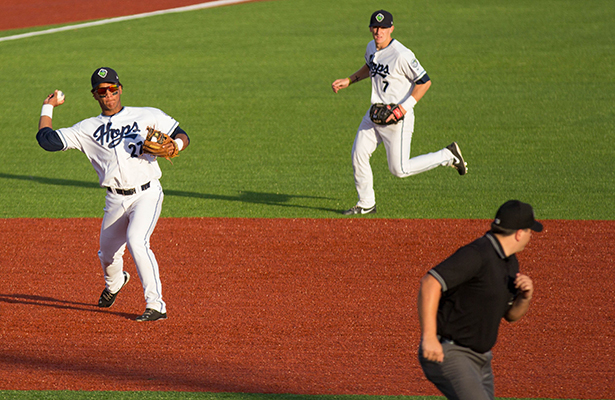 The Hops begin 2014 on the road in Everett on Friday, June 13, and then open their second season at picturesque Hillsboro Ballpark on Wednesday, June 18 against Salem-Keizer.

That kicks off an eight-game homestand, the Hops’ longest of the season — three with Salem-Keizer, and then five against the Vancouver Canadians.

The Everett Aquasox, the Seattle Mariners’ NWL affiliate, come to town to begin a five-game series on Sunday, June 29, capped off by a festive July 3rd series finale.

For the fifth straight year, the Northwest League will feature a split-season format, with two 38-game halves. The Hops end the first half in Eugene on Monday, July 21, and begin the second half in Vancouver on Tuesday, July 22.

The 2014 Northwest League All-Star Game will be played on Tuesday, August 5 at P.K. Park in Eugene.

The full schedule will be posted on PortlandSports.com in the coming days. Game times and promotions will be announced in the coming months.

For information on 2014 Hillsboro Hops season tickets and group packages, call the Hops at (503) 640-0887 or go online to www.hillsborohops.com.

Where Does Mo Williams Fit Within The Portland Trail Blazers?