December 23, 2013 by Preston Toulon No Comments 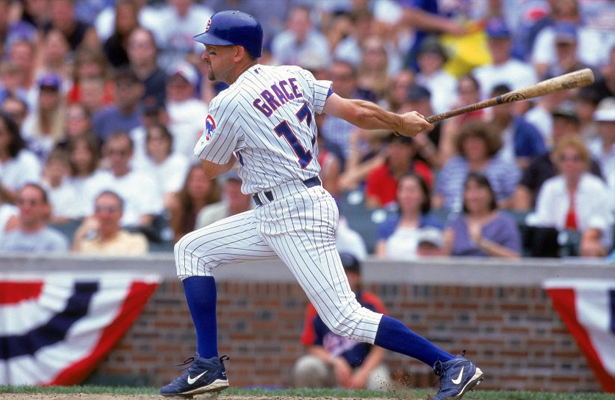 The Hillsboro Hops will be managed in 2014 by former major league catcher J.R. House, while the second-year franchise’s coaching staff will include a pair of major league all-stars.

Mark Grace, who had more hits during the 1990s than any other major leaguer, joins the staff as hitting instructor. Doug Drabek, the 1990 N.L. Cy Young Award winner, returns to Hillsboro for his second year as Hops pitching coach. Hillsboro native and former major leaguer Ben Petrick will be with the Hops for his second year as consultant. The announcements were made Friday by Hillsboro’s parent club, the Arizona Diamondbacks.

The manager and coaches will be available for interviews in January.

“We couldn’t be more excited about this coaching staff,” said Hops General Manager K.L. Wombacher. “The big-league experience they will share with our young players will be extremely valuable in accelerating their growth as professionals.”

House is in his third year in the Diamondbacks organization, having spent his first season(2012) with Arizona’s short-season affiliate in Missoula, Mont. Originally a fifth-round draft choice of the Pittsburgh Pirates in 1999, he played parts of five seasons in the major leagues with the Pirates, Astros and Orioles. House was also a highly-touted high school quarterback-he threw a national-record 10 touchdown passes in the 1998 West Virginia state championship game-and he interrupted his professional baseball playing career to spend one season (2005) as a quarterback for the University of West Virginia.

House is a familiar face, having served as hitting instructor for the Hops during their inaugural season of 2013.

“Personally, I am super pumped about the opportunity to manage the Hops this season and work with the likes of Doug Drabek, Mark Grace and Ben Petrick,” said House. “Last year was a great experience developing our young players in Hillsboro. The facility, atmosphere and fan support are tremendous motivational factors for our kids. My family and I loved our time in Hillsboro last year and look forward to packing the house again this summer.”

Grace, a former Diamondbacks player and broadcaster, is in his second season with Arizona’s player development staff. He spent last season with the Rookie-level Arizona League D-backs.

He accumulated 1754 hits during the 1990s, more than any other major leaguer. After 13 seasons with the Chicago Cubs, he spent the final three years of his playing career (2001-03) with Arizona. A lifetime .303 hitter, Grace batted .329 in his postseason career, and was instrumental in the D-backs’ winning the 2001 World Series. His single to center field off the Yankees’ Mariano Rivera in the bottom of the ninth inning of Game Seven started the two-run rally which gave Arizona a 3-2 win.

Drabek enters his fifth year with the Diamondbacks, and his second with Hillsboro. Last season, he led a staff which featured two first-round draft choices (Braden Shipley and Aaron Blair), and had the third-lowest ERA in the Northwest League. Drabek spent 13 seasons in the major leagues, mostly with the Pirates and Astros. He went 22-6 with a 2.76 ERA in his Cy Young-winning season with the 1990 Pirates, and he too had strong postseason numbers, logging a 2.05 ERA in seven playoff starts.

“I’m happy to be coming back to Hillsboro,” said Drabek. “It’s nice when you go back and you know people and you know the area. I’m excited to be back, and hopefully we’ll have a better first half.”

The 2013 Hops struggled over the season’s first month, but had the best record in the NWL over the final 43 games.

Petrick, a lifelong Hillsboro resident, returns to the Hops’ coaching staff for his second year. A second-round draft selection of the Colorado Rockies out of Glencoe High School in 1995, he spent parts of five seasons in the major leagues with the Rockies and Detroit Tigers. “I’m happy to be back,” said Petrick. “It’s been great to see this team become a part of the Hillsboro community.”