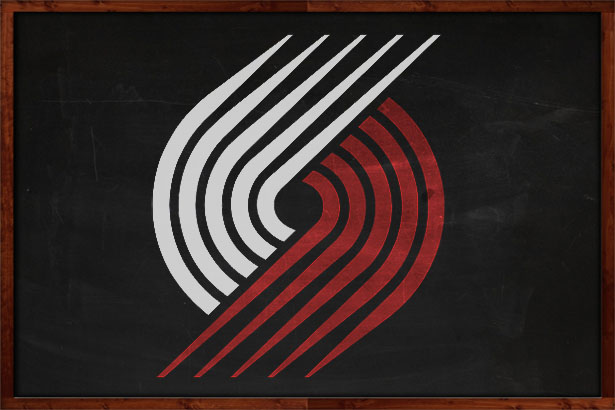 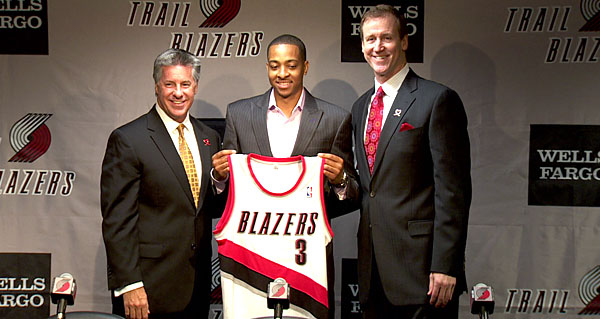 Written by Kevin Phuong | This article originally appeard on OregonSportsNews.com

Thus far, the Portland Trail Blazers’ front office has been surprisingly active this offseason. General Manager Neil Olshey has striven to address the biggest concern from last season: the glaring lack of depth in the Blazers’ roster.

Drafting C.J. McCollum with the 10th overall pick: A+

It is still early, but C.J. McCollum might go down as the biggest steal of the 2013 NBA draft. Through four summer league games, McCollum has led all rookies in scoring with 20.7 ppg. Although he hasn’t been very efficient (37.3 FG%), C.J. has put the league on notice with his quick first step, ball control, and clutch shooting. The poise he has demonstrated will only reinforce the Damian Lillard comparisons that he has drawn incessantly.

While his impressive play has him perched nicely on the second rung of the NBA.com rookie ladder, C.J. is certainly the most mature and intelligent rookie in his class off the court. He has a journalism degree from Lehigh University, and conducted a highly discussed interview with incoming NBA Commissioner Adam Silver. McCollum is also long time friends with Damian Lillard. The two share a powerful friendship that will definitely improve locker room chemistry for the Blazers. From what McCollum has demonstrated on and off the court thus far, it looks like he will either be the Blazers’ starting SG or as a perennial 6th man of the year candidate backing up Damian Lillard.

The Blazers traded two future second round picks to Cleveland in exchange for Allen Crabbe, the 31st overall pick. This is a solid deal for the Blazers, as they added the reigning Pac-12 player of the year to their roster. Crabbe has shown some of his scoring ability in summer league, but it’s clear that he will be behind Wesley Matthews and Will Barton on the depth chart at the SG position. With time, Crabbe may turn out to be an effective per-minute scorer.

The Trail Blazers picked up a young PF with potential when they traded the rights to Kostas Papanikolau and Marko Todorovic to the Rockets. Robinson was drafted one spot ahead of Damian Lillard in last year’s draft. However, he was unable to flourish in Sacramento due to a number of veteran frontcourt players, and he was traded to Houston for Patrick Pattereson. Houston immediately took a liking to Robinson, but needed to clear up space for Dwight Howard to sign with their team this offseason.

In a 3-team trade with the Sacramento Kings and the New Orleans Pelicans, the Blazers received veteran center Robin Lopez. Although Lopez is nowhere near as talented as his All-Star twin Brook, he had a breakout season last year with the Pelicans. Robin posted stats of 11.3 ppg, 5.6 rpg, and 1.6 bpg. Most importantly, Lopez will serve as a mentor for Meyers Leonard. Lopez is a talented shot blocker, and will be more disruptive in the paint than JJ Hickson was last year. Although Lopez is not particularly skilled, he will be a valuable player of the Trail Blazers at a position where they lack depth. This would have gotten a higher grade, had the Blazers not traded Jeff Withey for Lopez. Withey has displayed flashes of shot blocking genius in his summer league appearances.

Portland signs veteran Dorell Wright to a 2-year contract: A-

Wright, 27, averaged 9.2 points for Philadelphia in the 2012-13 season while shooting 37 percent from behind the arc. He was heavily pursued by many teams in free agency, including the Oklahoma City Thunder. However, Portland managed to snag Wright for a very inexpensive salary (2 years, $6 million). Wright will be a scoring threat for the Blazers off the bench, and will also be a veteran presence on a team of youngsters.