What Is Going On With The Portland Trail Blazers? 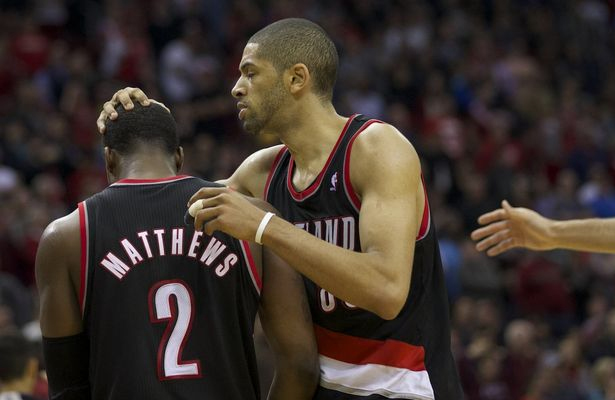 They don’t have a strategy, or one that works for that matter, to do so. Players are not executing down the stretch of games, and it has become a recurring fact that they cannot finish against quality teams. Unless they figure this out, this isn’t going to be pretty come playoff time.

It hasn’t been this way all season long. It has only been the case for the last month or so. Portland has dropped games to the Indiana Pacers, Oklahoma City Thunder, Los Angeles Clippers, San Antonio Spurs, Dallas Mavericks, and the Houston Rockets since the Indiana game on February 7. All of which have ended within 5 points … 5 points!

Six close, heartbreaking losses in the past month to playoff teams. There was another loss in there by less than 5 points – that came against the lowly Los Angeles Lakers. If it is any consolation, the Lakers did just beat the Thunder over the weekend as well.

When you look at what is going on in these games, it comes down to poor execution. Better play calling would help. The Blazers have been great this season on pick-and-rolls. Yet, I haven’t seen much of those late in games.

They are trying to do too much one-on-one stuff. That isn’t Portland basketball. That hasn’t been their identity this whole season. They strive off ball movement and spacing, mixed with their pick-and-roll or pick-and-pop plays. So why not stick with that?

You know, instead of going with a 20 foot iso post fade away from LaMarcus Aldridge 10 times in a row, try doing what has worked this season.

The late game offensive struggles are what stand out, but their defense late in games has also been shoddy. They can’t get stops when they need them most. Even when they do play great defense like Wesley Matthews did on James Harden on Sunday, the other team (Rockets in this case) are still able to better them by making a play.

If the Blazers want to get anywhere come playoff time, they have to figure this thing out. But I’m not so sure they can change what’s going on.

There have been too many times lately that I think what is wrong with ______ (never being the same player). I think that I figured it out, though. These starters are starting to see the season long fatigue that comes with travel time and Terry Stotts’s rotation.

Bench production has been a great improvement this season over last season, but the result in minutes per game for the starters hasn’t vastly changed. Stotts’ rotation is heavily reliant upon his starters.

Below is a look at each player’s minutes per game compared to a year ago (stats via basketball-reference):

As you can see, the minutes are still very similar to last year’s. The minutes, combined with the starters all staying healthy (Aldridge is the only player to miss any games this year with 5), is starting to wear these guys down.

Let’s not forget that Portland is ranked in the top-3 in travel miles this season. That doesn’t help them either. The distance traveled comes at a geographical disadvantage. Like the Minnesota Timberwolves, other teams just aren’t that close to Portland. In return, the Blazers get a ton of flyer miles every year.

Stotts isn’t going to change the way he handles his rotation. At least this year he won’t, not with this group of guys. One thing that may help them is less travel come playoff time. They won’t have that disadvantage in a series because obviously both teams are playing each other the whole time, doing the same amount of traveling.

Portland just needs to dig deeper and find a way to finish games. Again, play calling needs to get better in late game situations. Decision making has to improve. Execution on both ends is the key here.

Portland isn’t in that bad of shape right now. They are still 5th in the West and only 4 ½ games back of 1st. They are 6 games up from being out of the playoffs.

These next two games are crucial for Portland. They will play the Memphis Grizzlies and Spurs in a back-to-back Tuesday and Wednesday. These two games could be the difference from making a run at a top seed, or falling back and looking more like a 5-8 seeded team.