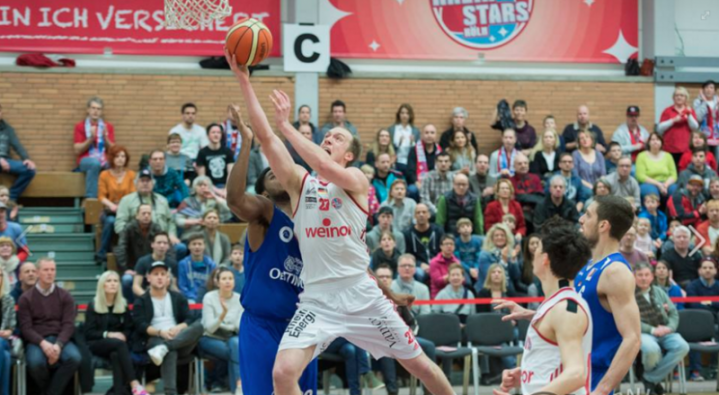 Before playing professional basketball in Europe, Alex Foster carried Catlin Gable to its biggest moment in basketball history and now the former Eagles is already looking ahead to the offseason. That’s Foster’s designated time to once again give back to the independent day school with a hoops camp this coming summer.

As a Senior in 2011, Foster was Catlin Gabel’s clear leader when the Eagles surprised Portland Adventist Academy for a spot in the Oregon 3A Basketball Tournament for the first time since 1982 and while Catlin Gabel has not been back to tournament since then, Foster hopes to change that long term. This summer, Foster will be leading the second annual Sense Basketball Summer Camp at Catlin Gabel School – with the idea stemming from his readings about Buddhist philosophy and stoicism and his unusual route to professional basketball.

“I put together a mission and vision for a better basketball camp that takes a different approach to youth basketball development,” Foster told Portland Sports about Sense Basketball.

“It was bringing mindfulness and the mental approach of basketball into a camp curriculum and fusing that with some skill development. It is not only important to teach youth players basketball skill but also how to approach athletic performance; the mental preparation that goes into games; dealing with falling short of your expectations; dealing with being successful; and accomplishing goals and handling all of those things.”

Foster had three weeks of camp with 50 campers in Portland last summer, including one high school session and two weeks of a middle school class. The 24-year-old said he was impressed with what the latter group could do and left feeling confident about their growth, on and off of the court.

“I was meditating with middle schoolers which was amazing to see the capacity that those energetic kids have to focus their minds and really learn about basketball,” Foster explained, who expects registration for the 2017 Sense camp to open within the next month .

When it comes to leading by example, Foster is a great story for youngsters to follow.

After shouldering most of the load in getting Catlin Gabel to its first state tournament in nearly three decades, Foster was likely the first graduate to go on to play college basketball. He then became the first to play professionally.  Foster left Portland to go across the country to attend D3 school Emory University in Atlanta, where he won D3 All-American honors there and guided Emory to the NCAA D3 Elite Eight in 2014 and Sweet Sixteen in 2015. Foster then headed to the home country of his mother Germany to play professionally with RheinStars Cologne in the second division ProA. This season with the club he is averaging 9.7 points to go with 3.0 rebounds and 0.9 assists from the power forward position.

“I hope that I have shown that Catlin graduates can do those things if they put their mind to it,” Foster said.

Foster heading to Germany is actually a case of him going home as he was born in southern Germany near Stuttgart. The family moved to the United States when Foster was 1.5 years old to Houston, where is dad is from. They lived in Texas for three years before spending two years in Boulder, Colorado and settled in Portland in 1999, when Alex was about 7 years old. All of his classes until the second grade were in German and he attended the German-American school in Portland before going to Catlin Gabel.

That knowledge of German has been a big help for Foster with RheinStars where he serves as a cultural buffer between the Americans on the team and the German players, coaches, support staff and fans.

“I am able to connect with my German teammates on another level. And it gives me a cool responsibility on the team,” Foster added.

“I get to be in the middle ground between our American imports and our German national players, facilitating those relationships too and making sure nothing gets lost in translation.”

You can always count on Alex Foster to be full of helpful insight when sharing his knowledge and journey around the game of basketball. And as the next Sense campers will come to find out this summer in Portland, this Catlin Gable alum is all about giving back.

5 Portland Sports Accounts You Should Be Following On Social Media