December 2, 2016 by Wendell Maxey No Comments 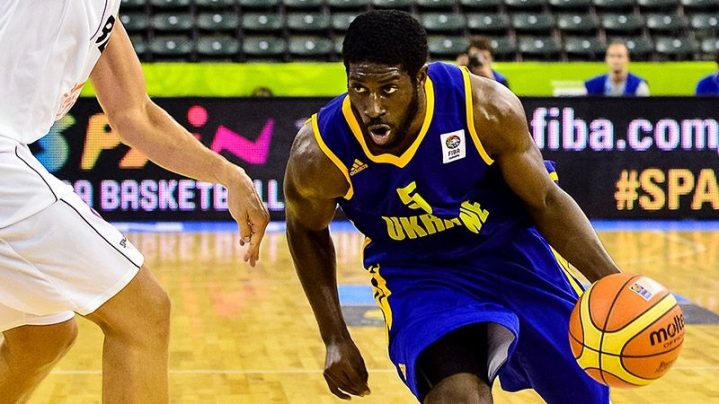 On Thursday, Pooh Jeter celebrated his birthday much like he has so many others since turning pro out of the University of Portland in 2006.

Getting ready for another game.

Back in 2010 when I covered the Portland Trail Blazers, Pooh and I connected at the Rose Garden after a preseason game against the Sacramento Kings. He wasn’t sure how long he would be with the Kings, but talked extensively about working hard and being there for the coaching staff to count on to be a point guard sponge. Then we got going on Portland Pilots basketball. There was also a running convo he had with St. Mary’s alum, Patty Mills (then with the Blazers), with the Pilots and Gaels set for West Coast Conference game at the University of Portland.  I think Patty came away with bragging rights on that one.

Now, the newly 33-year old Eugene “Pooh” Jeter is still working hard, still a guy a coach can on.

Playing in China for TianJin, Jeter recently finishing with game-high 36 points and 7 assists despite TianJin’s current three-game losing streak, after dropping their latest to Guangdong as both Yi Jianlin (28 points, 14 rebounds) and Carlos Boozer (20 points, 8 rebounds in 26 minutes) led the way.

Next up: Shenzen on Friday.

On the season, Jeter leads the team in both scoring and assists with 27.4 points per and 6.8 assists per game (ranks 6th in the league). But even during a professional career that has spanned the NBA, NBA Development League, playing with the Ukranian National Team and competing overseas from the Ukraine, Spain, Israel, France and China where he was named to the All-Star team in 2013, Jeter also keeps busy growing off of the court and in business.

The Los Angeles native got into the shoe game in by opening his boutique kicks and clothing store, Laced (4139 Redondo Beach Blvd in Lawndale, California) in 2016, which also includes a YouTube series and Twitter page, Off The Record:

“Off the Record at Laced.” is a platform created by the owners of Laced. Pooh Jeter and James Booker. The basis is to interview tastemakers, business owners, athletes, and entrepreneurs, who are Laced. Joining forces with 1937 Studios, we record weekly right at Laced. headquarters so that our guests can see the same vision. We are doing something that’s never been done before. The show is called ” Off the Record at Laced” because we want our guests to open up and feel comfortable enough to talk about anything on their mind. Our goal is to ask questions that other podcasts and radio shows do not think to ask. We want to build exposure for the talented individuals in the community, that are turning dreams into reality.

Another year older, another year playing professionally and hopefully a successful year at Laced, Pooh Jeter always finds time to keep tabs on his Portland Pilots.

This past spring, Jeter was back in Portland for the first time in five years, catching the Nike Hoop Summit and helping welcome new Pilots head coach, Terry Porter to The Bluff.

“Being in Portland from 18 to 22, I grew up and matured here. I thank the city for accepting me and loving me,” Jeter told Ben Arthur of the UP Beacon prior to the start of his season in China.

“Just talking about Portland and reminiscing and seeing where I’m at now man, it’s like emotional. (UP Athletics) did a lot for me. I did some things for them too, but they did a lot for me to help me with my growth.”

Stay Dry: Five Places to Golf in Portland Without Needing an Umbrella

Going For The Three-Peat: Meet The Rose City Rollers Of The WFTDA