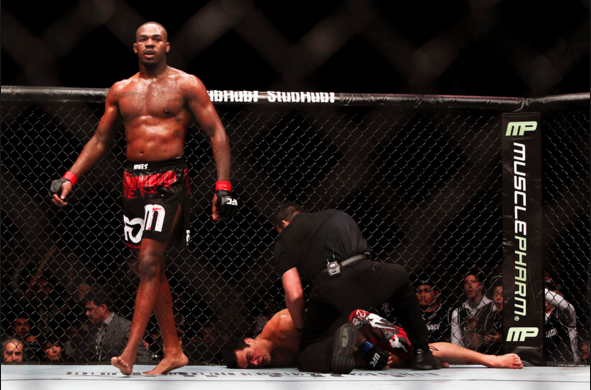 Jon “Bones” Jones may be serving a current one-year suspension with UFC, but that won’t keep him from stepping inside the octagon thanks to the help of Oregon native, Chael Sonnen.

Jones is scheduled to headline the Submission Underground 2 event along with former UFC Women’s Bantamweight Champ Miesha Tate at the Roseland Theatre in Portland on December 11 at 2:30pm. The bouts will be presented by Sonnen and FloSports and streamed live on FloGrappling.com (watch the fights here). Although Jones is considered by some as the best pound-for-pound fighter in the game today, he could have his hands full at the Roseland matched up against the recently retired Dan Henderson (32-15 overall record).

“Every fight fan has been anxious to see Jon Jones go toe-to-toe with Dan Henderson ever since their first scheduled fight was cancelled due to injury,” Sonnen said.

“These guys want to compete against each other, and both believe they will win. I couldn’t be more thrilled to see them face off in a submission-only format.”