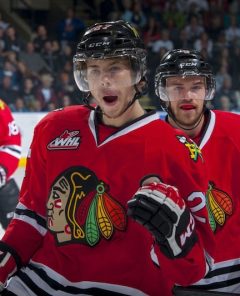 Willamette Week: Hockey History From Portland To The Stanley Cup

The holiday break came at the right time for the Portland Winterhawks. After putting together a modest five game win-streak to close out November and to start December (8-1 before dropping on the road to Victoria) the Winterhawks now head into the New Year losing two in a row sitting at third in the U.S. […]

Portland May Finally Get NHL Hockey

Another NHL season began last night and Portland is not involved. When the puck dropped in Chicago, Portland and the greater US Pacific Northwest is still be a minor-league hockey entity. It was so very close to being so very different. According to various reports published in The Oregonian, Comcast SportsNet Northwest, and NBC Sports’ […]