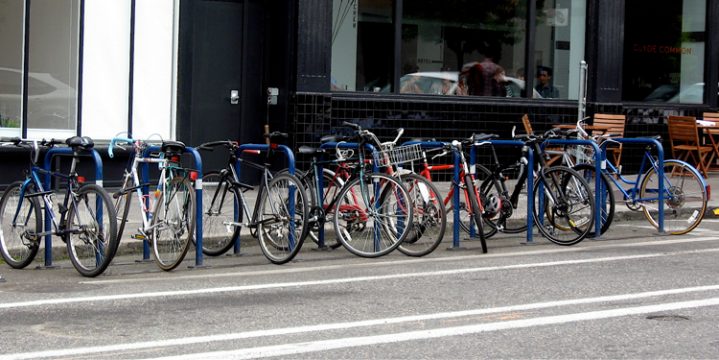 It’s no secret this city is serious about cycling—the people of Portland love to pedal! While some consider riding a seasonal sport, plenty of Portlanders are passionate about their pastime all year long. Because bicycling is so beloved, Portland is host to special cycling events each and every season, rain or shine. This winter weekend’s calendar is brimming with biking activities apt for anyone and everyone eager to exercise. Read on to find the facts on four fantastic and fun-filled cycling events set for this Saturday and Sunday throughout the city of Portland.

Portland-based environmental organization Friends of Trees is hosting a seven-event tree planting and cycling series this winter. The goal of the series is to plant trees within Portland and Vancouver neighborhoods using only the power of people and their bikes. This weekend’s ride is the first of the series and covers the Montavilla and Mt. Tabor neighborhoods in Southeast Portland. Interested parties are encouraged to sign up before the biking event begins, choosing to be a tree planter, tool carrier, tree chauffer or multi-purpose participant. There will be coffee, treats and a potluck lunch for volunteers, who should be prepared to transport trees to various homes in the neighborhood and plant them. The next Plant Trees by Bike event is set for Saturday, Dec. 6, with the rest following in 2015. All cycling rides in this series are free and open to the public.

Stormwater Gardens and Swales, Oh My!

This Saturday’s morning ride is part of an oddly-named yet outstanding cycling series hosted by the City of Portland. Each series installment takes cyclists on an easy escapade through a specific section of the city’s streets, highlighting the pioneering street planning that protects Portland’s watershed. This weekend, participants can plan on exploring the streets of Southeast Portland, starting and finishing at Crema Coffee + Bakery on Ankeny Street. Over the course of four hours, a knowledgeable guide will lead cyclists along Portland’s paved streets, paths and greenways, stopping frequently to explain the innovative design that defines Portland’s city planning. This ride is free and open to anyone who is interested, though kids 16 and under must be accompanied by an adult. Helmets are required.

Cranksgiving in an annual multi-city bike ride that benefits the charity Outside In as a treasure hunt food drive. Portland’s events start and end at popular Northeast bike shop/bar/venue Velo Cult. Participants can sign up in teams of two–five people and will race against other teams to buy all the items on their scavenger hunt list the fastest. Each cyclist must bring $10 to spend on the hunt, though larger donations are encouraged. Prizes will be given to team members for best costumes, fastest treasure hunt completion and most money spent. As a unit, Portland Cranksgiving participants are also competing with Seattle for the Top Banana Trophy, which is awarded to the city that donates the most to charity each year. Portland donated $1500 in 2013, but it wasn’t enough to beat Seattle’s competitors, who are the current Top Bananas. Team registration is free with the $10 mandatory spending minimum and is open online or at the event beginning at 1 p.m. The afternoon ride kicks off at 2, rain or shine.

Sauvie Island’s Kruger’s Crossing Cyclocross Classic is in its eighth year, and it’s one of Portland’s most popular and quirky biking events for both riders and spectators. Along with off-road race competition for bikers of all ages, skill levels and genders, the event features a unicycle race, a Kids’ Cross and an adorable Doggie Dash. Eight 30–60 minute races are slated on the schedule, setting out between 8:40 a.m. and 2:35 p.m. Participants can expect to experience some standout sights and sounds while riding across the rugged rural landscapes of Sauvie Island, including a large bonfire, plenty of farm animals and music by a lineup of DJs. There will also be free coffee and beer samples, food vendors, raffles and prizes. Registration is available online or at the event. It costs $25 for adults, $10 for juniors and $5 for unicycles and second races. The Kids’ Cross and Doggie Dash are free of charge.