A Future of Opportunities: Diving into the Blazers’ Salary Cap 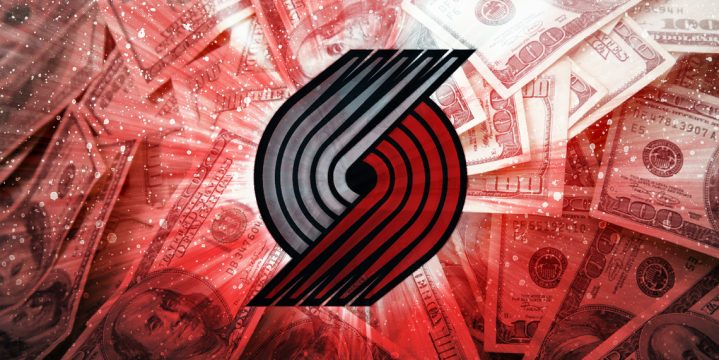 The future is definitely full of opportunities and choices for the Blazers starting in 2015/16. With 13 potentially final-year contracts, and 2 contracts only guaranteed in 2015/16 (which are still viable trade options), you could potentially have the make up for an ENTIRE new roster. Only Batum and Crabbe have guaranteed money in 2015/16, but they are still viable trade options if the Blazers choose to move them.

Paul Allen (Owner of the Blazers) and GM, Neil Olshey, have already publicly voiced their determination to offer LaMarcus Aldridge a max contract next year, which I’m sure he will accept based on his current likeness of the city and the team’s direction.  With a $108 Million (5-year) contract you can be assured that Aldridge will be given at least $20 Million a year and growing space of the cap. A quick breakdown could be similar to $22-$20-$20-$22-$24…. Or something similar to that scale based on what other max players see throughout their contract.

There are arguments for and against a max contract for LaMarcus, but I’m not hear to discuss that specifically, but more in line with answering… what will happen when/if a max contract is completed… what’s left to look forward to.

Earlier in the year, we were treated with a signing of Dirk Nowitzki taking a huge pay cut for the franchise to allow Mark Cuban more room to shop for larger names to bring in around him. Dirk signed a 3-year contract for only $25 Million (yea, only…). In a previous year, we saw Tim Duncan take a similar pay cutting deal of 3-years and $30 Million. Both are legendary players in their own right and probably could command a max contract from any team willing to pay it. It wasn’t that the Spurs and Mavericks argued and a huge battle ensued. Both players understood there is a limit NBA owners will pay to reach a goal of an NBA Championship. No one player can do it them self; Labron James has already proven that fact. Could LaMarcus change his tune for a similar deal? Would he even consider it given the Blazer’s history? Recent (1-2 years) would show that yes, the Blazers are looking up, but many Portlanders have lived through so many years of troubled times and waiting.

The NBA Salary Cap is also something to take into consideration. From 09/10 to 13/14, the Salary Cap did not move much and stayed around $58 Million per year. In 14/15 it jumped up to $63.65 Million per team. It is expected to rise again for 15/16, but that number has not been confirmed. A number many analysts are hovering around is $66 Million.

So let us just assume that Aldridge does take a max contract – $20M, check.

Here is where it becomes interesting…. You’ve got 12.8M in cap space. You still have to replace/pay Wesley Matthews and Robin Lopez. Matthews has been a great player for the Blazers, do we keep him? In 14/15 he is paid $7M… if he has another good year (which he probably will because it’s a contract year and every player turns up the juice on a contract year)… figure he will fetch AT LEAST $8M-$10M on the open market, meaning to keep him, you will have to pay him $10M-$12M to keep. That’s obviously not going to work, considering you have to fill out the rest of the team.

Robin Lopez in 14/15 is set to make $5.3M, which if he has another good year, could arguably fetch $5M-$7M on the open market for another 1-2 year contract. So we would need to pay $5M-$8M just to keep him. Lopez is a much easier salary to swallow then Matthews and given that a decent/dependable Center is hard to come by (as we know), my guess is we keep Lopez 1-2 more years hoping that Meyers Leonard grows into a decent Center (at least a dependable backup option).

That essentially adds $10M to my paragraph above when it became interesting…. Instead of $12.8M in cap space, we would have $22.8M in cap space. Arguably enough to keep Matthews and Lopez, assuming everyone still works well together and they want to stay together. So let’s play the guessing game and say we pay Matthews $9M for 3 years and Lopez $5M for 2 years…. Eating up $16M of the $22M available, leaving $6M to fill out the rest of the roster.

Personally, I like option 2 with Aldridge taking less and giving Portland a real opportunity to build something that could last (or possibly win even 1 championship in my lifetime…. I’m 32, born 5 years after 1977, so a Championship is still something I dream of seeing one day in Portland.

The next big conundrum comes in 2016/17 & 2017/18… what happens to the roster when Damian Lillard’s contract is up? Will he stay or will he go. He’s obviously going to be a max player barring any unforeseen injury… so what do we then? Sign another max player?

All we can do is wait and see how things play out this year. Will we improve? I would hope so. If we do, does Paul Allen pay more to keep this specific team together? Is he willing to go into the tax bracket of the cap? Money isn’t an issue for the man, but he certainly didn’t get rich by overspending. Rich people hate taxes; I think even more then poor people.

What would you do? Write your comments below and let’s start talking!

Expectations High for Winterhawks This Season