5 Portland Sports Accounts You Should Be Following On Social Media 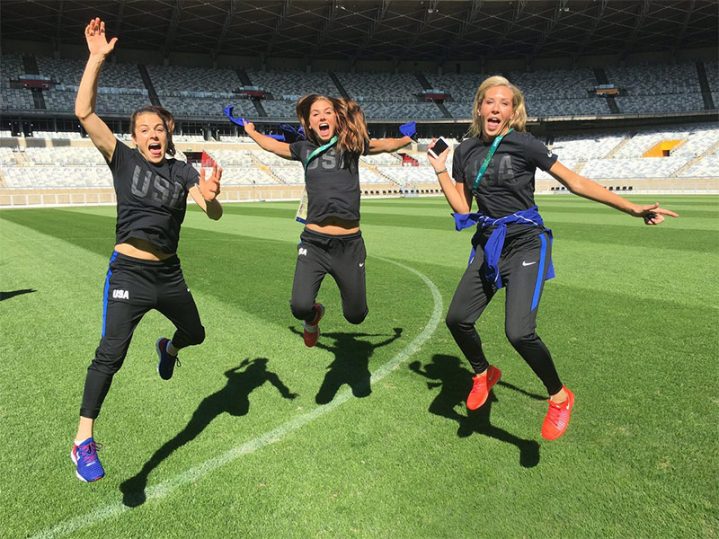 Portland is home to some of the most social savvy athletes, teams, reporters and fans in the country. With dozens of teams to choose from, whether it’s the Blazers or Timbers down to the Hillsboro Hops and Rose City Rollers, you could fill an entire social feed with hundreds of athletes.

We’ve combed through Twitter, Instagram and more to find a unique group of talent you don’t want to miss.

He’s got more than four times the number of Instagram followers (3.2 million) than the team he plays for (@trailblazers: 769,000). But the numbers aren’t important here. Dame gives you a peek behind the basketball court, sharing photos from charity events, music events and shoe release parties. He started the Instagram rap challenge #4barfriday, where fans submit their own videos in a weekly contest.

Journalist / The Oregonian & 750 AM The Game

Here’s the deal: Whether you love this guy or hate him, he’s usually the first one in Portland to scoop a big story. And if he’s not first, he knows who will be. Sure, Canzano can be a little controversial, but he was on the front lines during the Oregon Ducks’ search for a new head coach and you can bet he’ll be there when the Blazers finally make a trade.

Why “I’m taking my talents to West Linn High,” is a troubling refrain: https://t.co/6NyL7MQ02E

Allie Long has been with the Portland Thorns since their inaugural season in 2013 and joined the US National Team in 2014. Her IG feed is chock full of her teammates and friends from Portland and across the country. She gave fans plenty of behind the scenes pics from her star-studded wedding and routinely features community outings both in Portland and on the road.

While he doesn’t live in Portland anymore, this former Blazer will keep your feed colorful and spontaneous. It’s not always sports with him, though he currently provides some of the most colorful of commentary for Pac 12 basketball.

Thank you Sacramento Deadheads for shining the light & displaying the honor of the golden state pic.twitter.com/i4pz5T4GSD

The official team accounts for the Timbers are some of the best in all of sports. As one fan put it last year: “Instead of being a customer, you actually feel like you’re a part of the whole thing.” Following the Timbers on gameday offers a deluge of updates, stats, info and media. You can almost watch the match on your phone if you can’t watch live. They don’t shy away from other teams, either.

@LAGalaxy Sorry we don't find signing dirty players funny. But have at it.