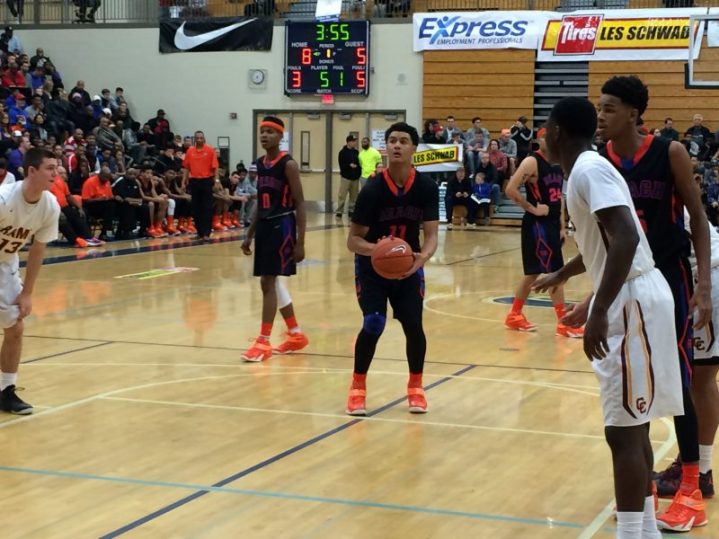 It’s that time of year again. Beyond unwrapping presents with the family, stuffing away Christmas dinner and simply taking some time to unplug, high school basketball remains a part of the holiday tradition around Portland thanks to the Les Schwab Invitational basketball tournament.

The four-day competition features some of the best high school programs within the state and around the country and is now in its 20th year and showing no signs of slowing down thanks in large part to the talent level showcasing their skills before going on to college and the NBA, with the list of LSI alums including Kevin Durant, Carmelo Anthony and former standout Oregon stars Kevin Love and Kyle Singler. Starting on December 27th at Liberty High School (Hillsboro), the following schools from Oregon and out of state will be on hand to compete:

Along with former Portland Trail Blazers All-Star guard Brandon Roy returning to town as head coach of Nathan Hale, keep an eye out for Sierra Canyon’s Marvin Bagley III, the No. 1 ranked junior in the country being courted by Oregon, Arizona, Duke and Kentucky and Chris Lykes out of Gonzaga, as the undersized guard (5-foot-6) will likely put on a show at the LSI.

If you are unable to attend the 32 games and slam dunk contest, you can also stream the tournament online at FloHoops or visit the official Les Schwab Invitational website here.

From Barbershops To The Blazers, Terrell Brandon Still On Point In Portland